The 55th Ohio Huskie Muskie Club Annual Awards Banquet was held on March 19, 2016 at McCalls Banquet Center in Canton, Ohio.  The attendance increased relative to recent years and all those in attendance were treated to good food, friends and laughter.  A total of 130 OHMC members and guests along with 5 vendors were in attendance.  Every person in attendance received a door prize consisting of one of three custom painted baits created by Greg Them of Xtreme Muskie Lures.

During the business meeting, members voted on the lake nominations for our 47th  Annual Open Summer Contest in 2017.  The winner was Salt Fork Lake, with the event to be tentatively held on July 15th and 16th pending park approval.  Elections for officer positions were held during the business meeting.  The OHMC officers for 2015 are as follows; Paul Anderson, President; Jeff Ferjutz, 1st Vice-President; Rick Simpson, 2nd Vice-President; Tim Smith, Secretary; John Ringenbach, Treasurer.  Also, during our business meeting, the membership voted to modify the 10-or-more release award to lift the size requirement.  Now, any fish you catch regardless of size will count towards your release award, so long as the fish is turned in to the MAL.  This was done in attempt to increase the percentage of fish less than 30” turned in to the MAL.

Before the banquet meal started there was a pause for a moment of silence for all the club members whom had passed last year and for those individuals that are in the military and may be away from their families.  Next, we took a moment for a blessing of the meal by club member Mary Jill Brown.  The food was very good with a buffet that included Baked Chicken, Sausage and Peppers, McCalls Signature Potatoes, Green Beans, Rigatoni, a Garden Salad, Rolls, and Cake.  We all had a great time and lots of fun with the fish stories that were being told.

Scott spoke about a recent muskie symposium that several ODNR representatives had attended and given presentations in Minnesota.  He also made several general remarks about the partnership of ODNR with OHMC and described how “We are YOU”, meaning the Staff are dedicated outdoorsman themselves.  Next, Kevin Kayle gave a presentation on Ohio’s muskie program 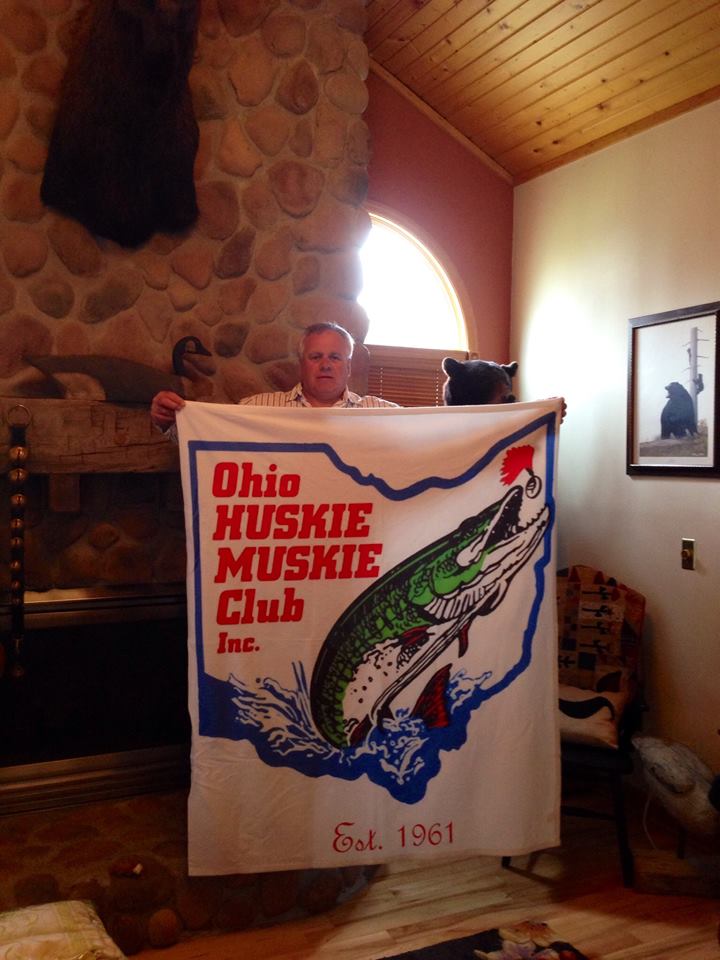 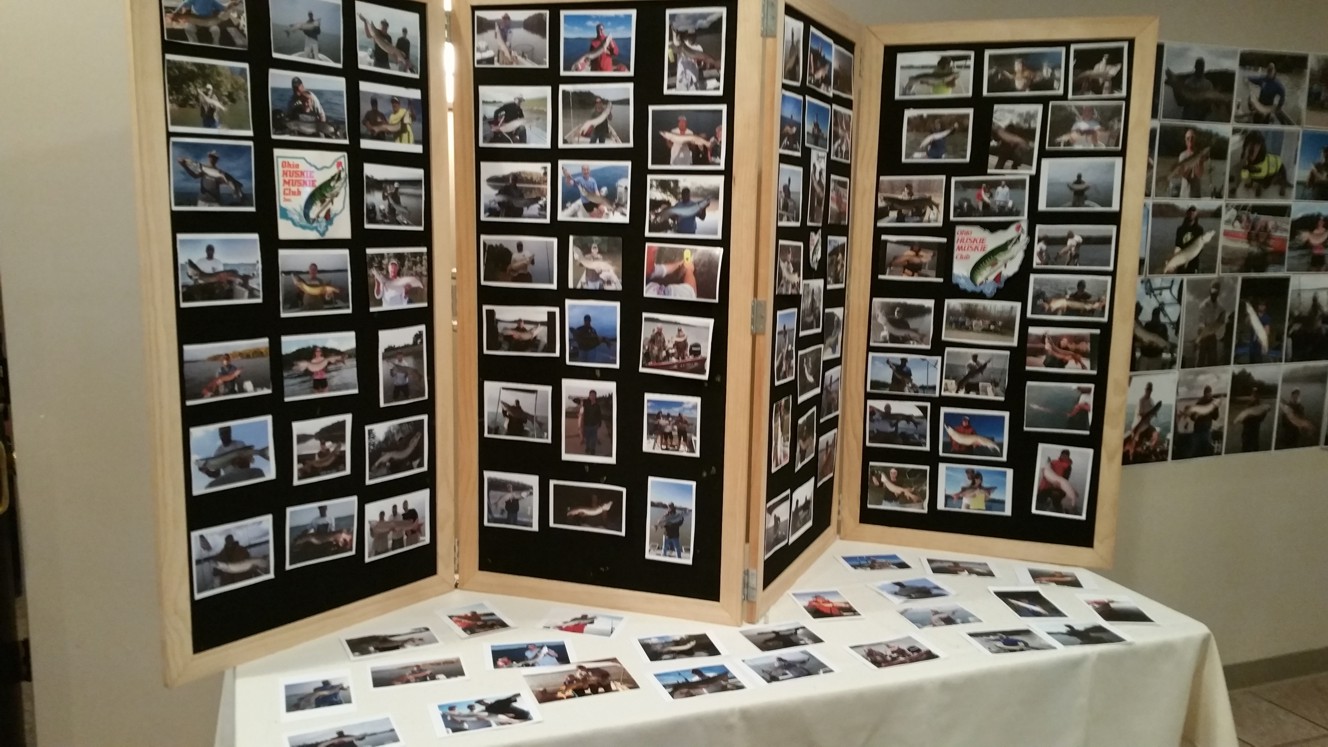 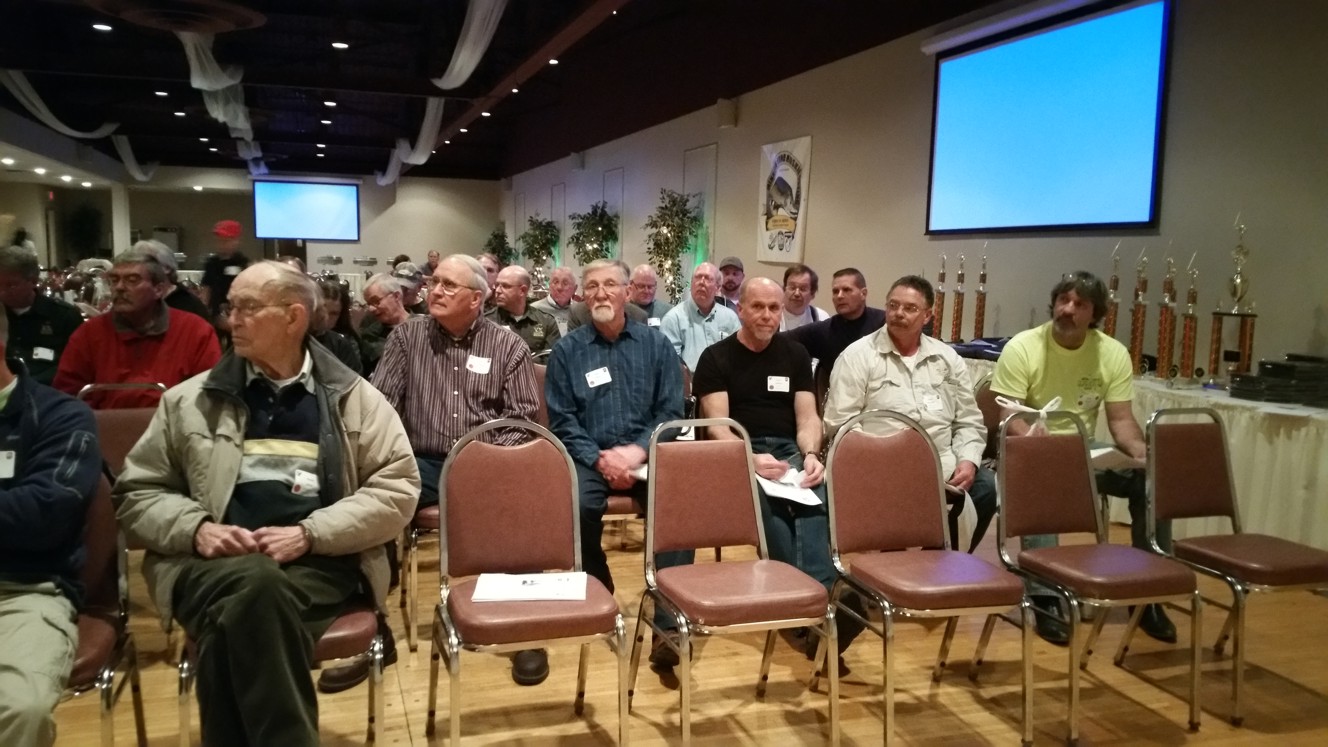 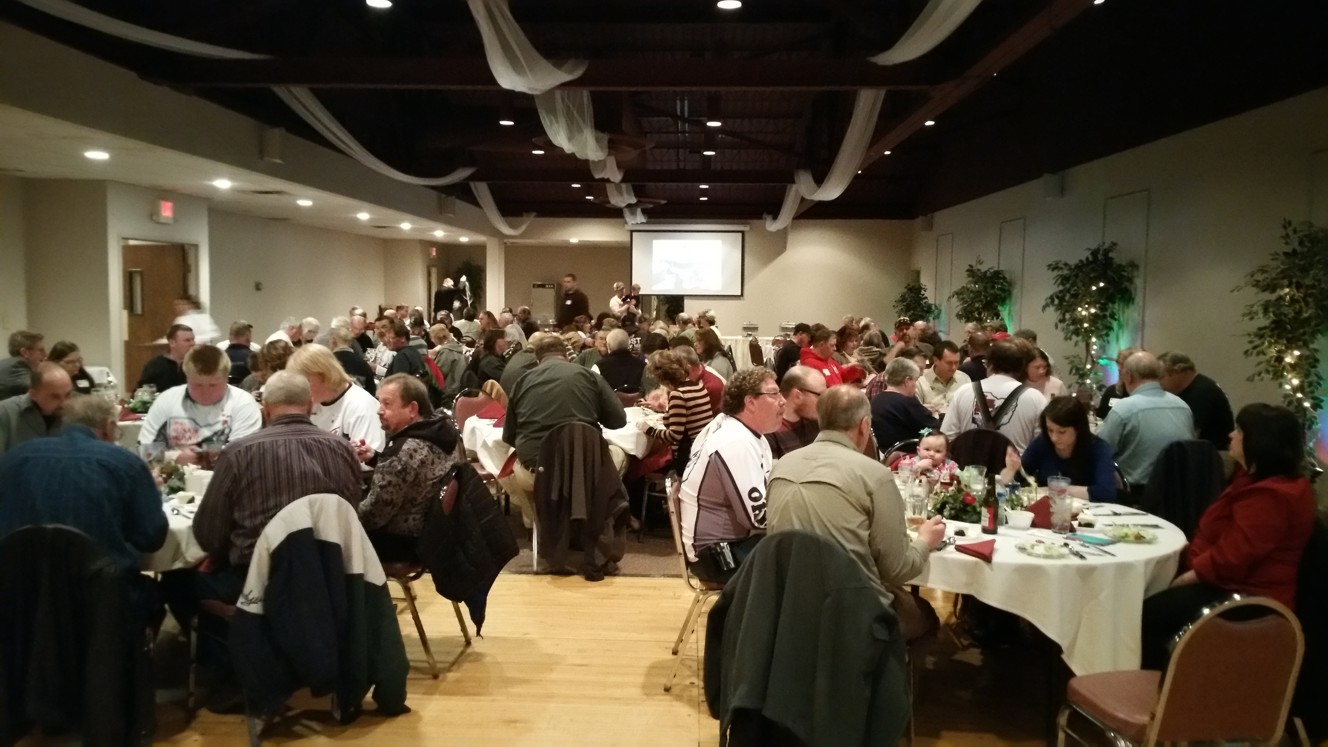 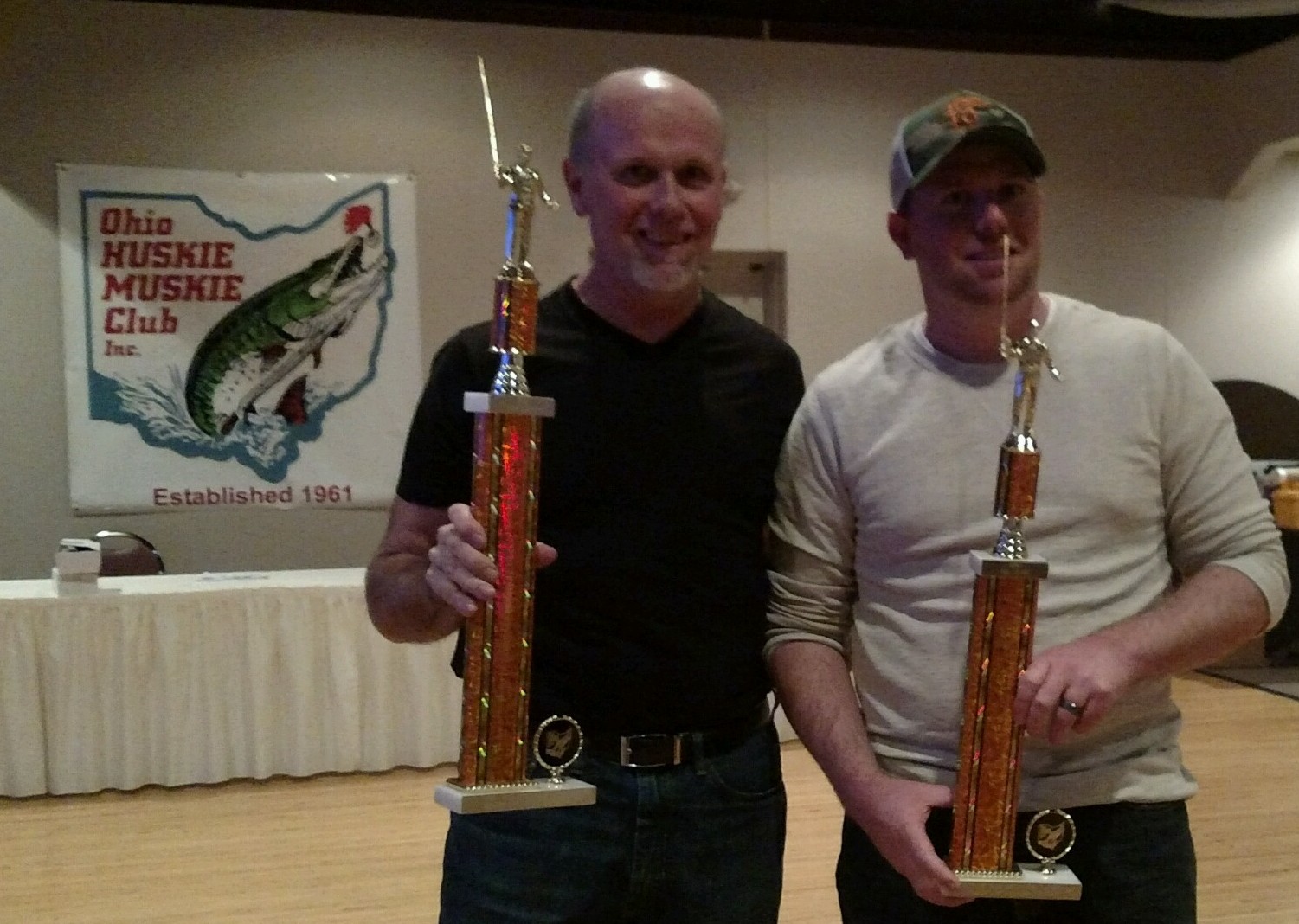 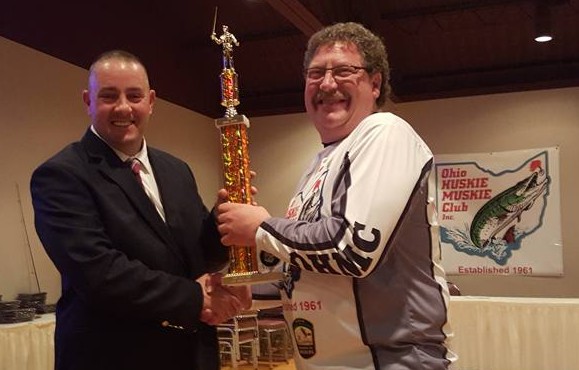 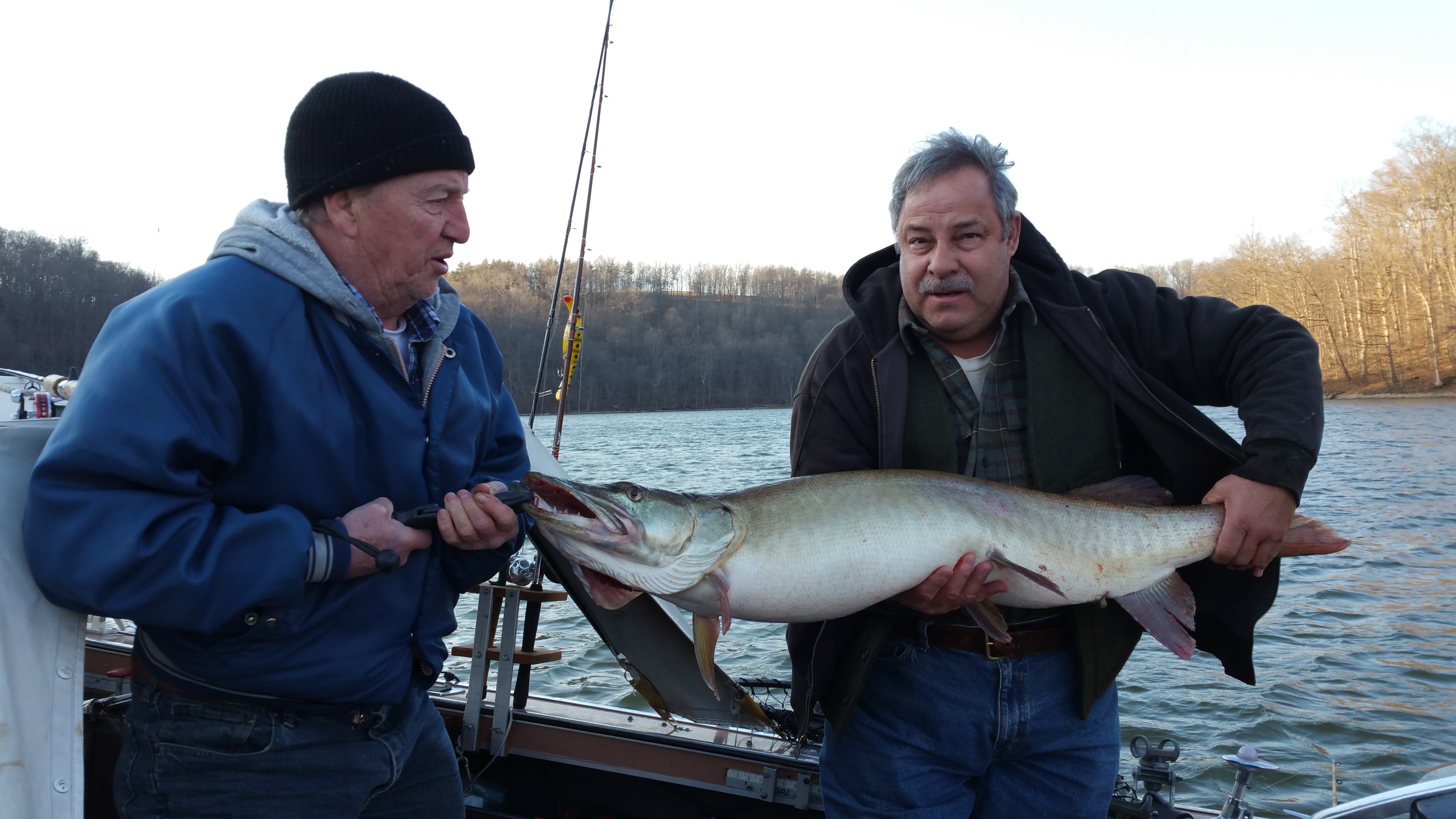 Club member Ray “Grandpa” Elkins caught this nice 48″ fish at Piedmont Lake on February 28th, 2016 and had fellow club member Mike Firth on-board to help net the beast. Club officers Rick Simpson and Paul Anderson watched the action from their boat and were able to witness the measurement and take this photo.