The 2016 OHMC Fall Outing was held at Piedmont Lake on Saturday, September 24th and Sunday September 25th, 2016.  Most of the anglers showed up Friday evening for registration being conducted by Treasurer John Ringenbach.  The full complement of the board of trustees was on hand to greet our guests and answer any questions.  Soon the daylight faded and the cold beverages began to flow.  Nobody got carried away though as we were all focused on the opportunity at hand.  Piedmont has been very kind to our group over the last six years.  We all felt that there would be lots of fish caught during this event.

Early Saturday morning, the boats slipped off their trailers and disappeared into the mist of a cool autumn morning.  Within the first hour of fishing, while some of us were still drinking coffee and registering anglers, there were reports of fish being caught.  Yes, this was surely going to be an event with lots of fish caught.  Most of us remembered our boat keys and were on the water early in the day.

We had father-son teams, husband wife teams, brothers, friends, and lone-wolf anglers all searching for their own version of a successful weekend.  As for myself, I had a very successful weekend, saw my friends, ate good food, and enjoyed a fantastic two day boat ride.  Going 0 for 5 on fish really doesn’t bother me in hindsight, sure I’d like to have caught fish, but I never measure an outing’s success by the number of fish in my net.

By Saturday evening, it was apparent that the fish were not cooperating.  Piedmont was being greedy for the first time in many years.  We assembled for some brontosaurus-burger sized ribeye’s cooked to perfection by Jerry Rice and Fred Lederer.  We had the corn-on-the-cob that has become a staple of our events thanks to Tim Smith.  Members showed up with so much great food that it even exceeded my high expectations.  Thanks to everyone that brought side dishes.  Next, we drew our raffle prizes.  Our general raffle featured lots of great baits and other miscellaneous goodies, from which the membership selected.  I was fortunate to win the rod-n-reel combination, Bob McCloud won the lure board, and Phil Cummings won the 50/50 which he promptly donated back to the Minnow Fund (THANK YOU!).

A handful of us headed into the darkness for some night fishing hoping that the lockjaw of the daytime had turned into and evening feeding frenzy.  But, alas, all we did was wash baits and enjoy the amazing view of the nighttime sky without any light pollution.

Sunday, the bite finally picked up with several anglers reported fish hitting the grandmas and jakes.  The casters carried this event though as those of us who primarily troll took it on the chin this time.  At 3:45 we assembled for the tally of results which read as follows:  43 anglers registered and 17 fish 30 inches or larger reported as being caught.  The Big-Fish side pot of $195 went to Chuck Harmon with a beautiful 47” beast.  First place went to Dave White, second place went to Chuck Harmon, and Third place went to Jeff Ferjutz.  Congratulations to all our winners who will receive their trophies at our annual awards banquet in March.  Thank you to our entire board of trustees for all your hard work and to all our members that showed up to make this another successful event. 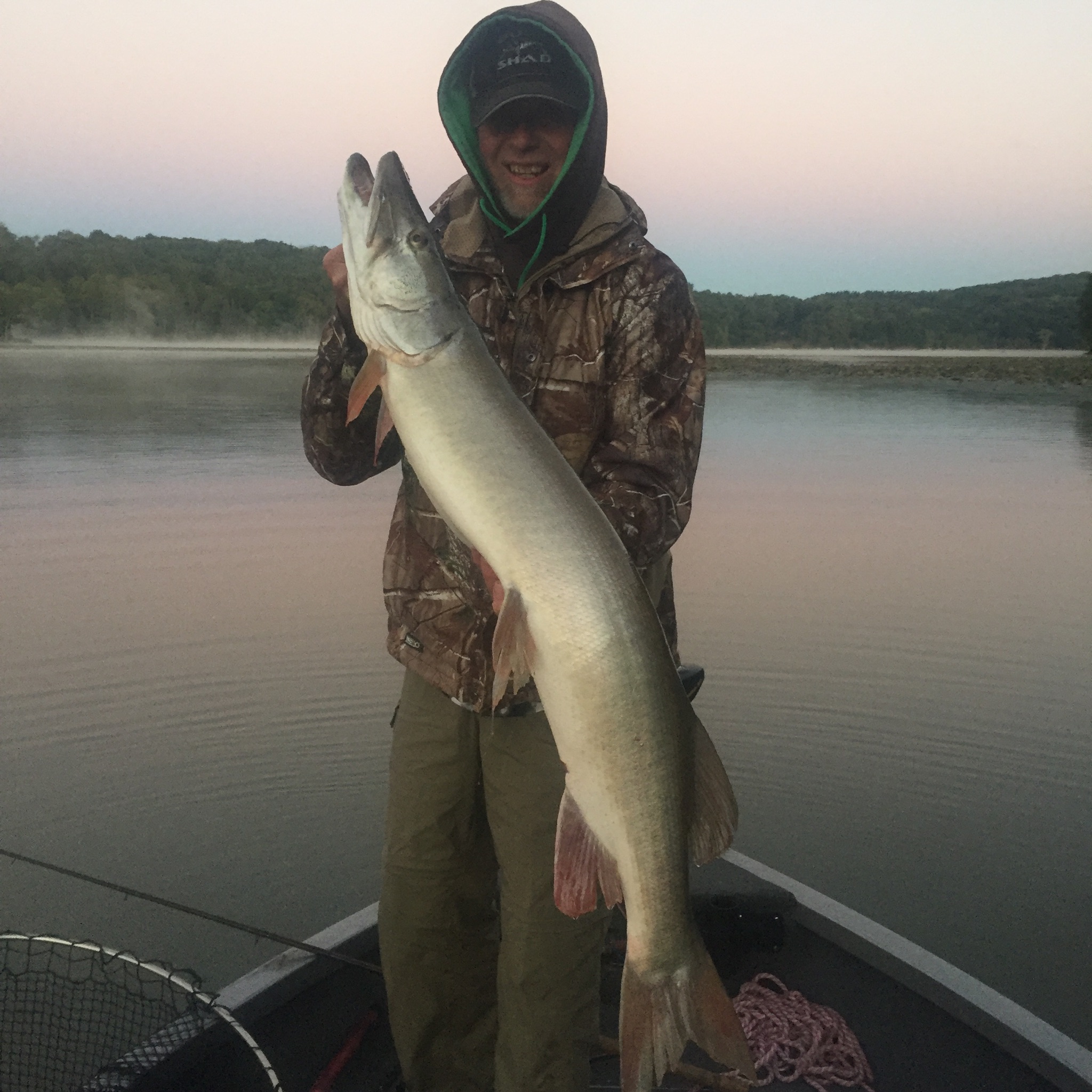 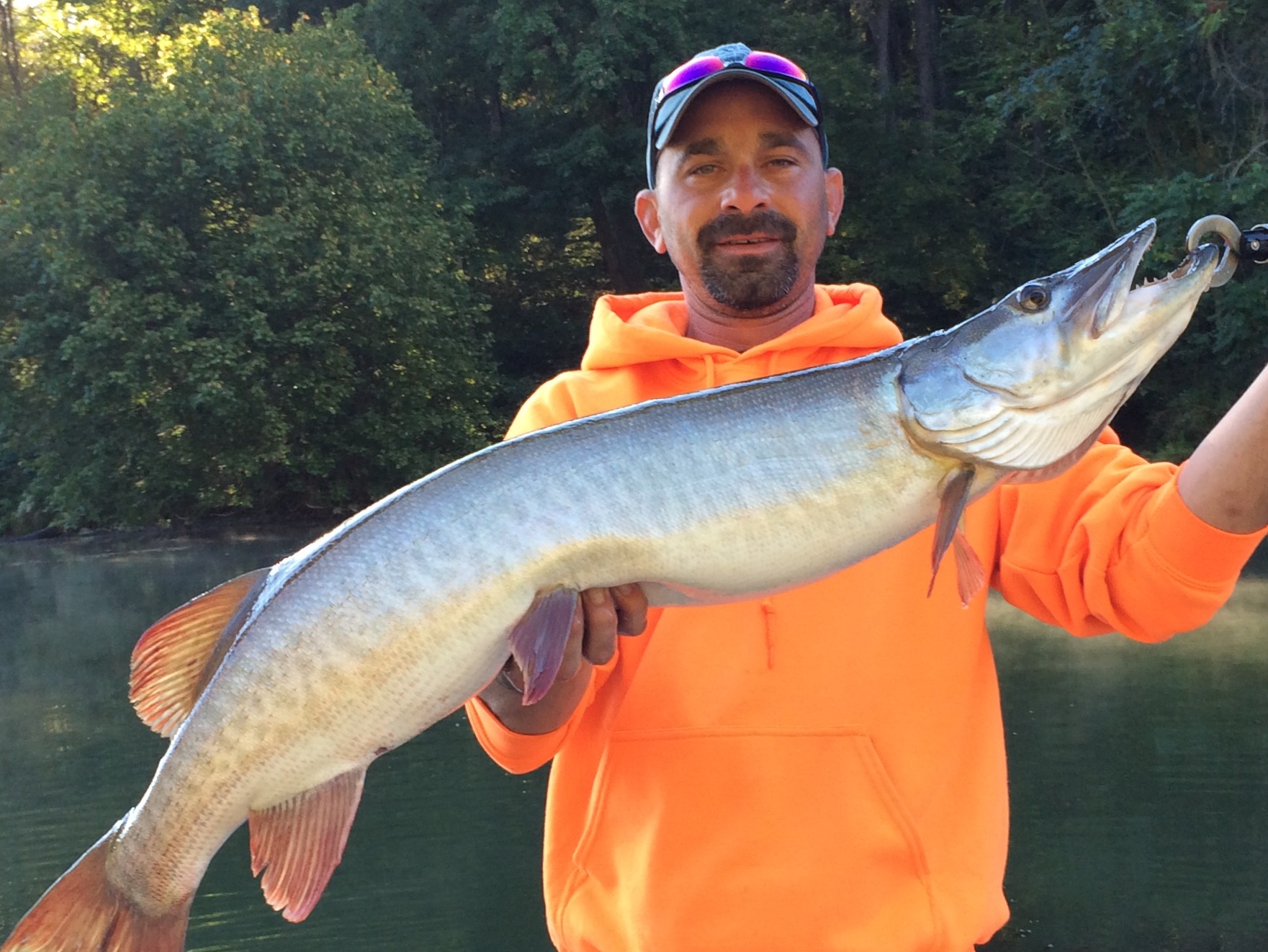 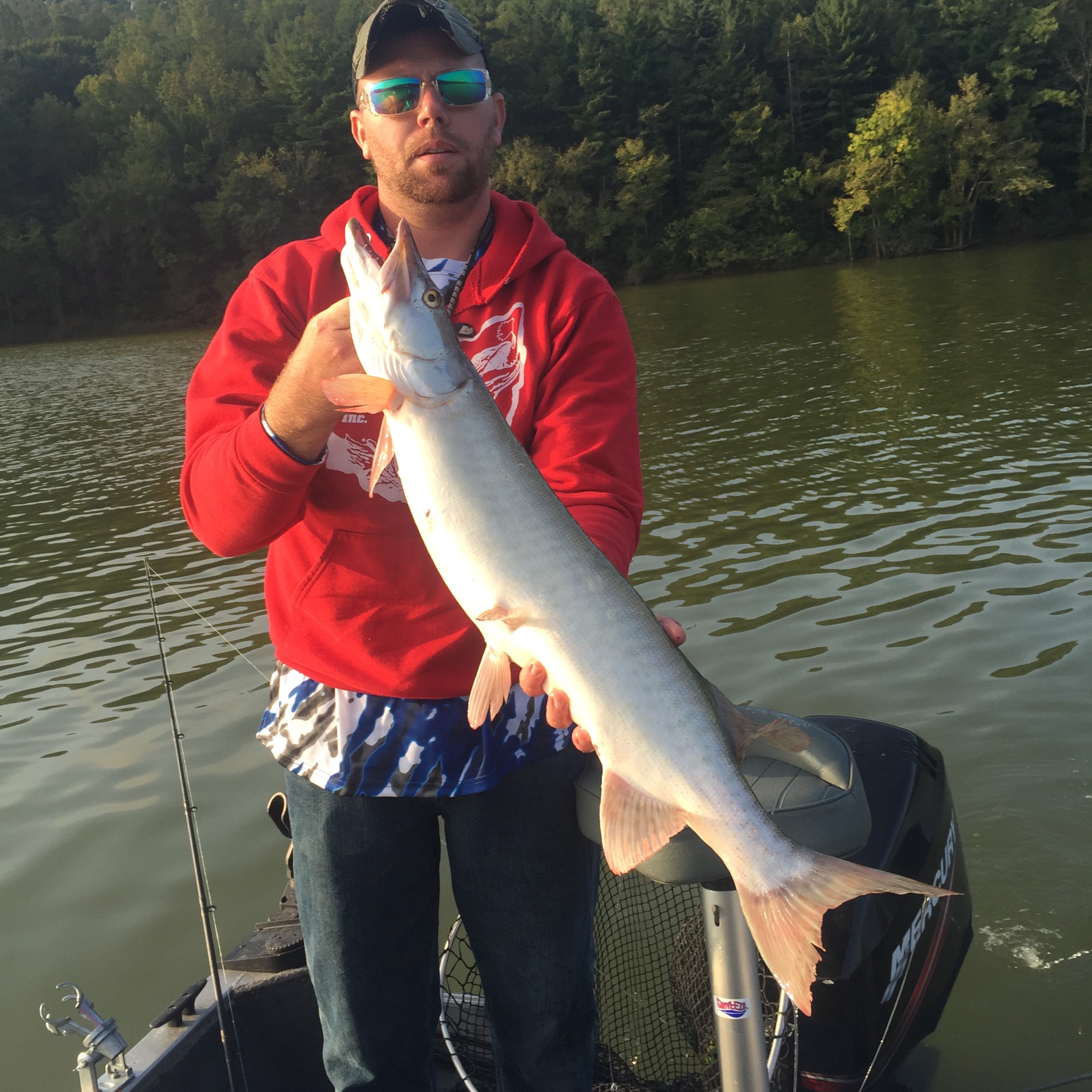 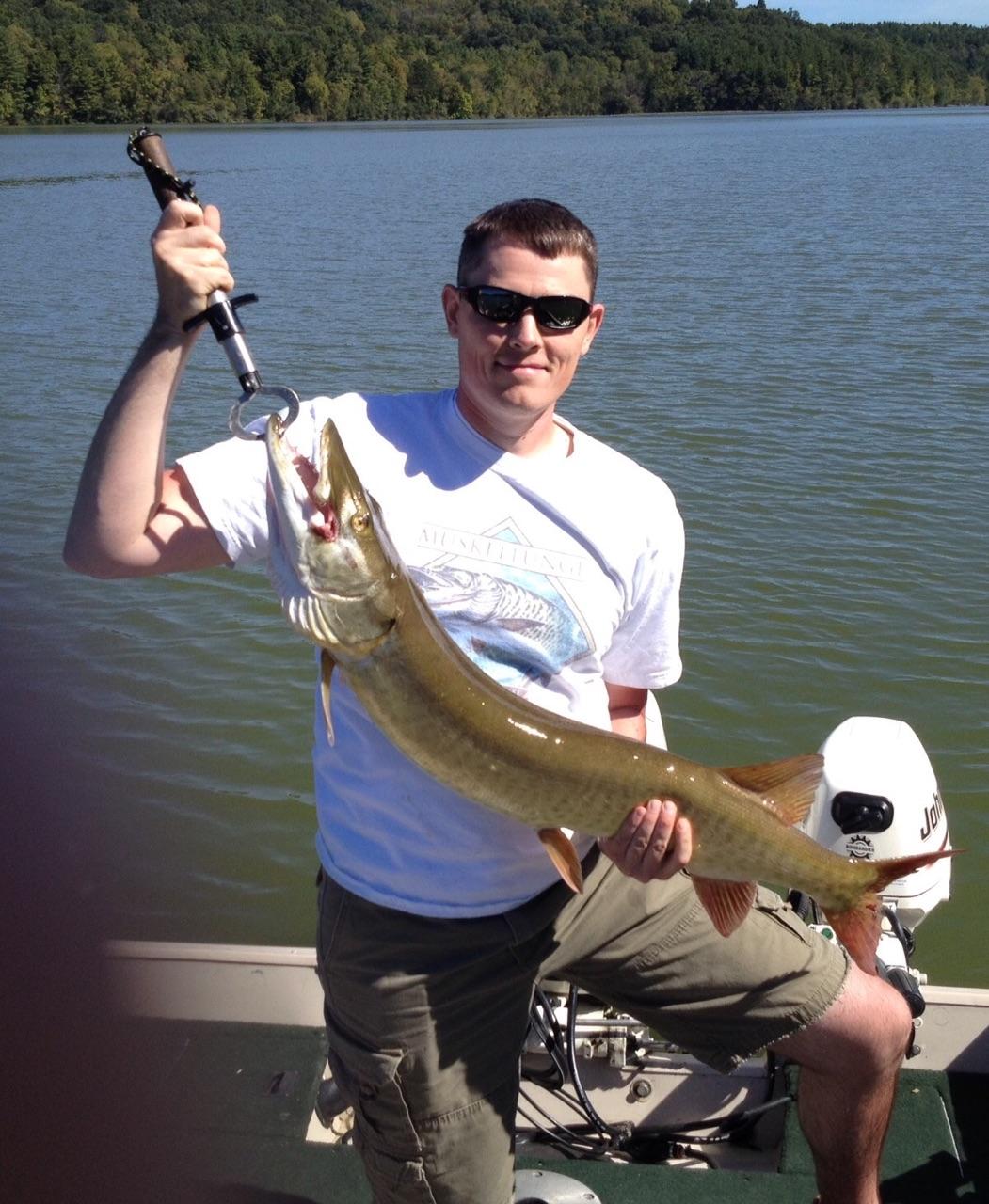 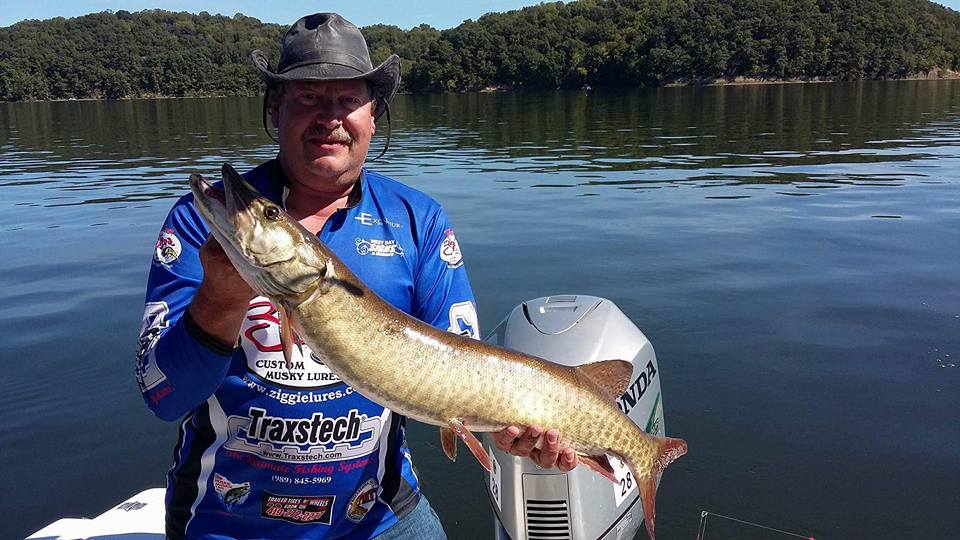 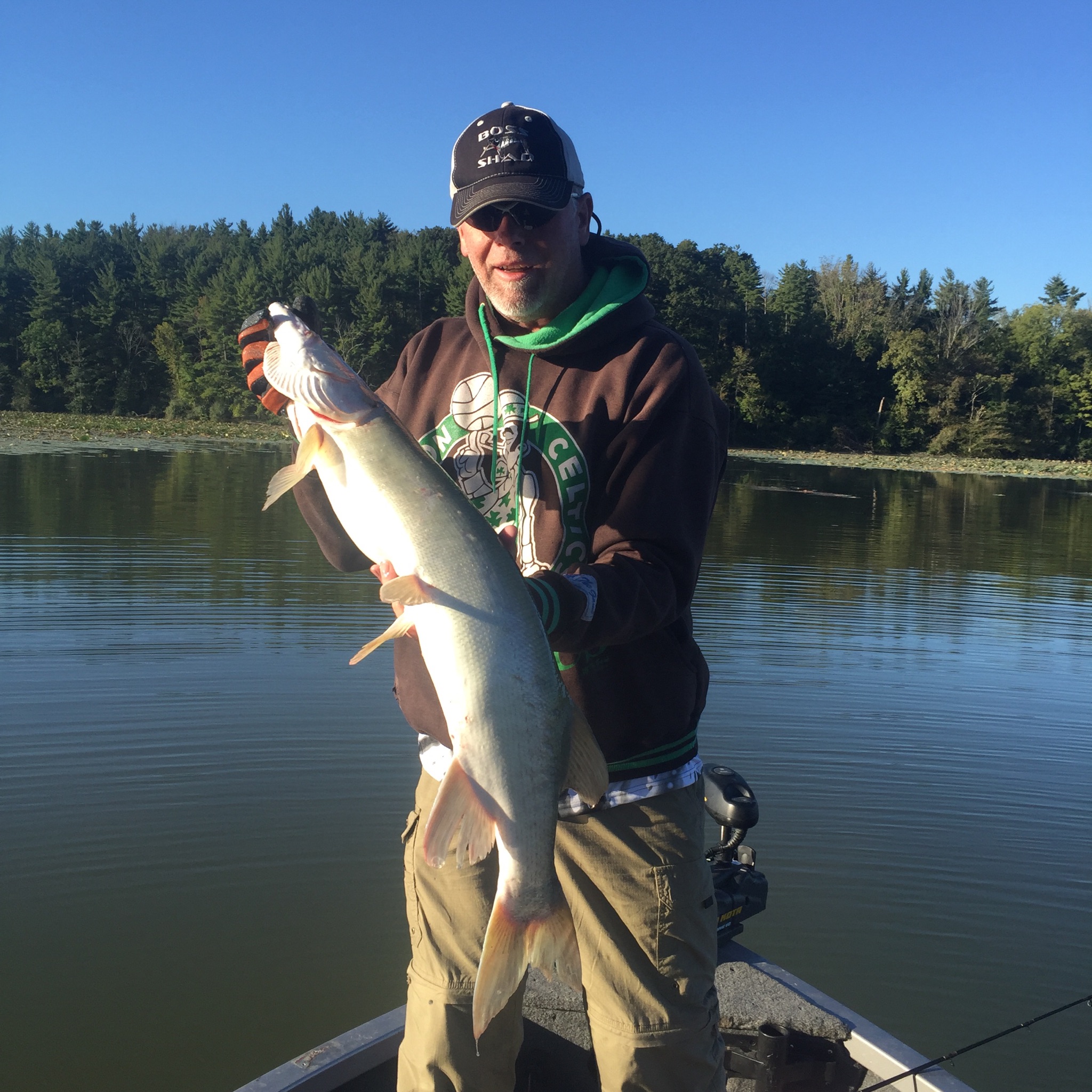 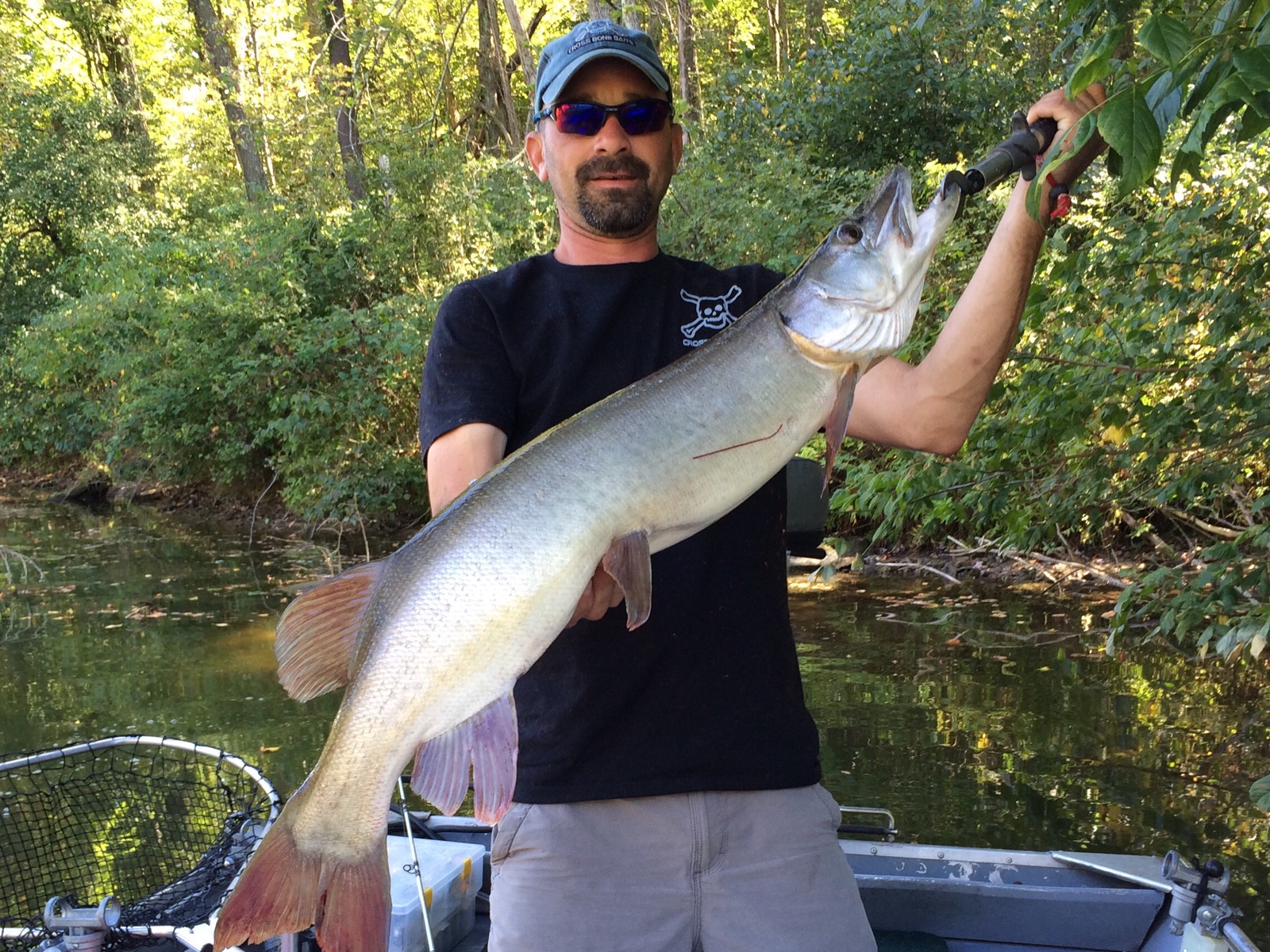 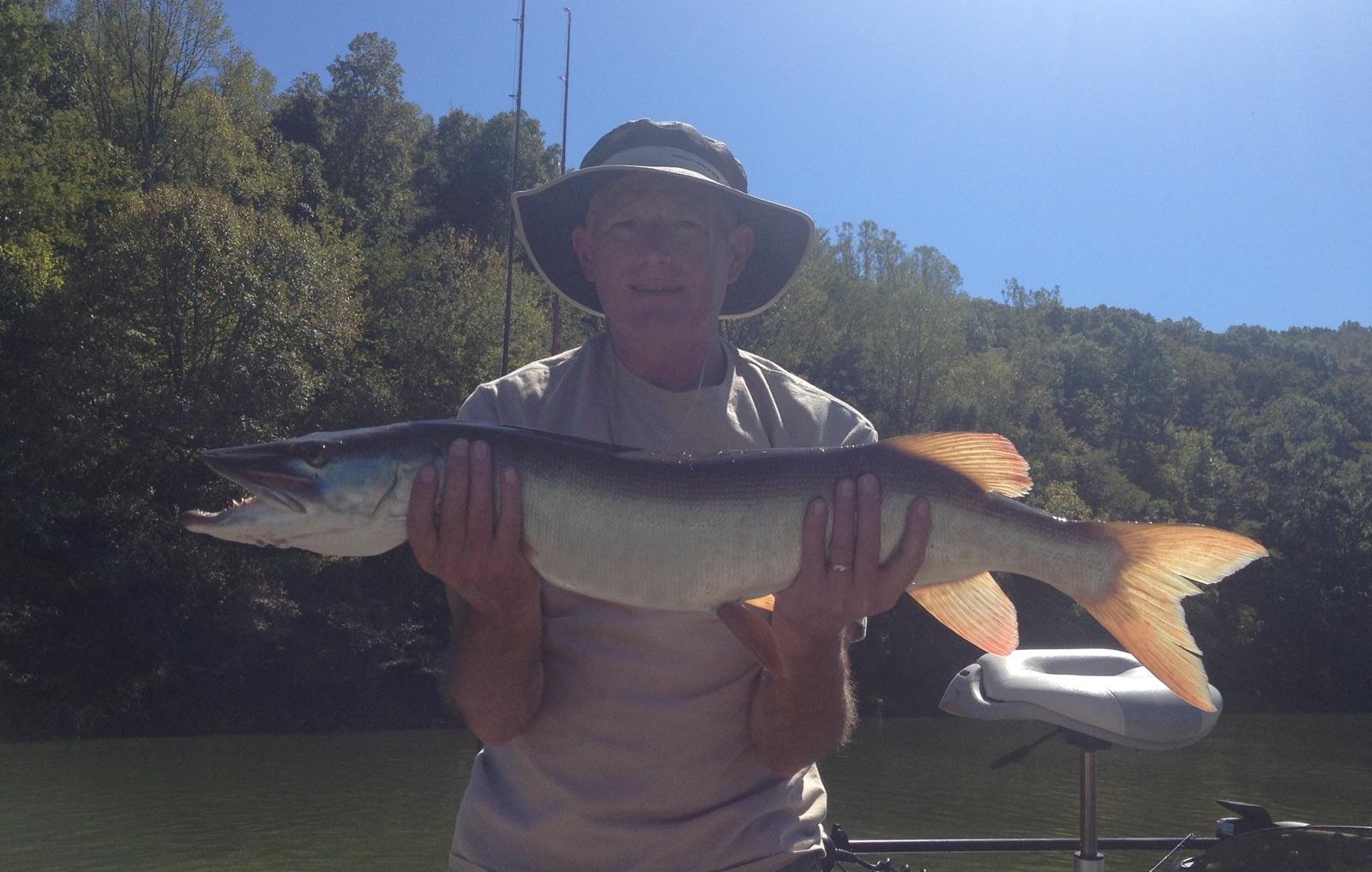 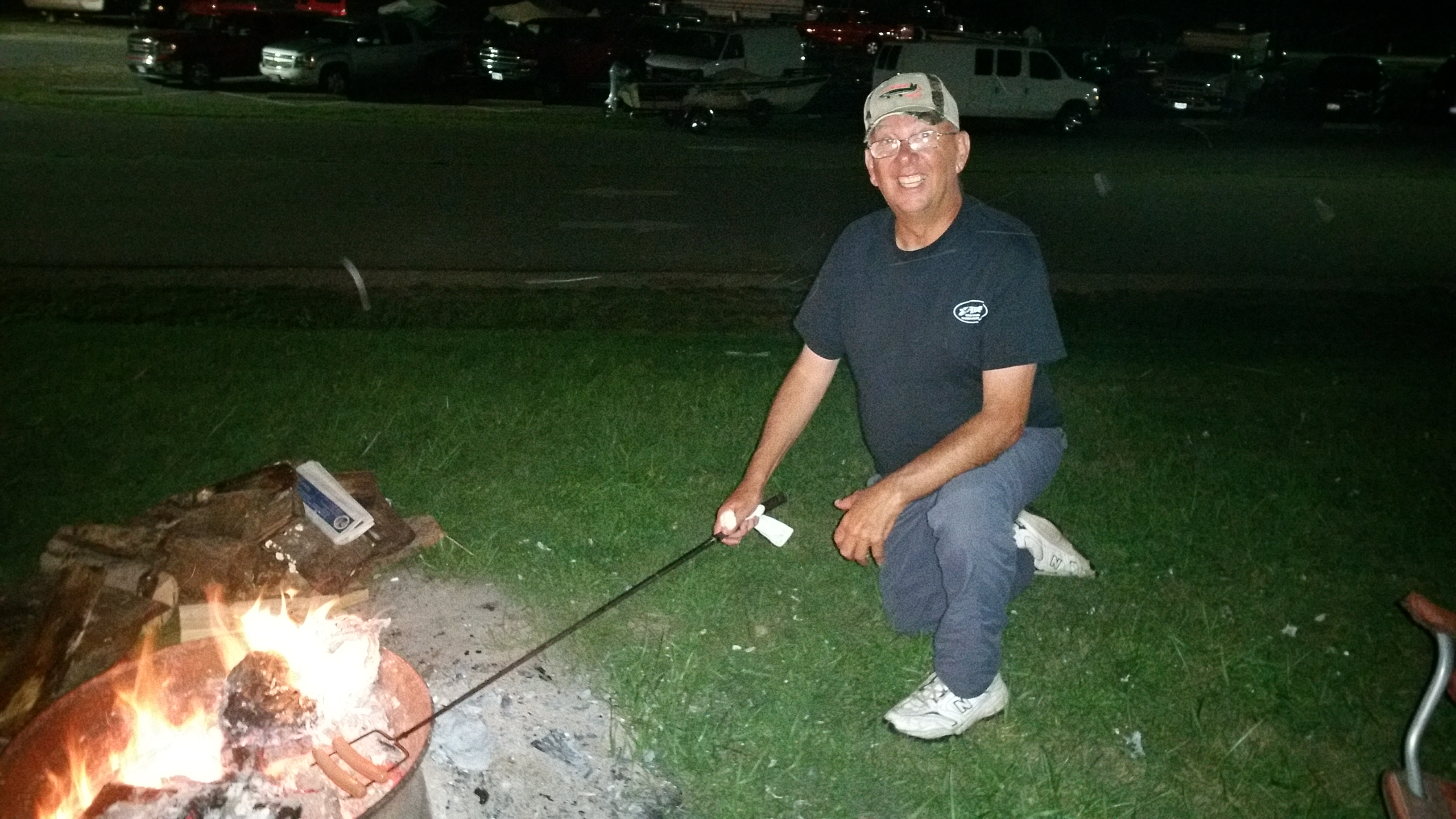 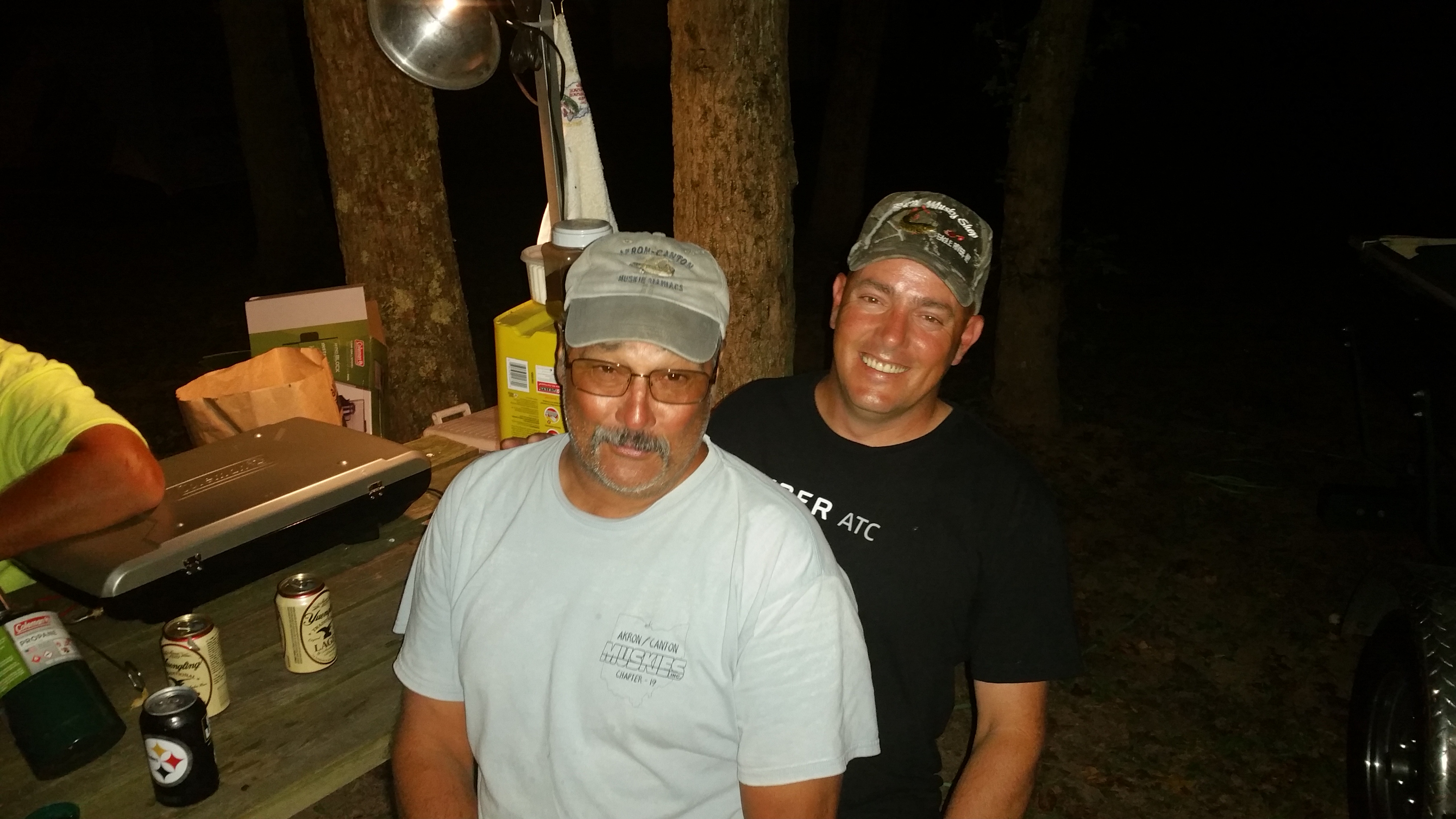 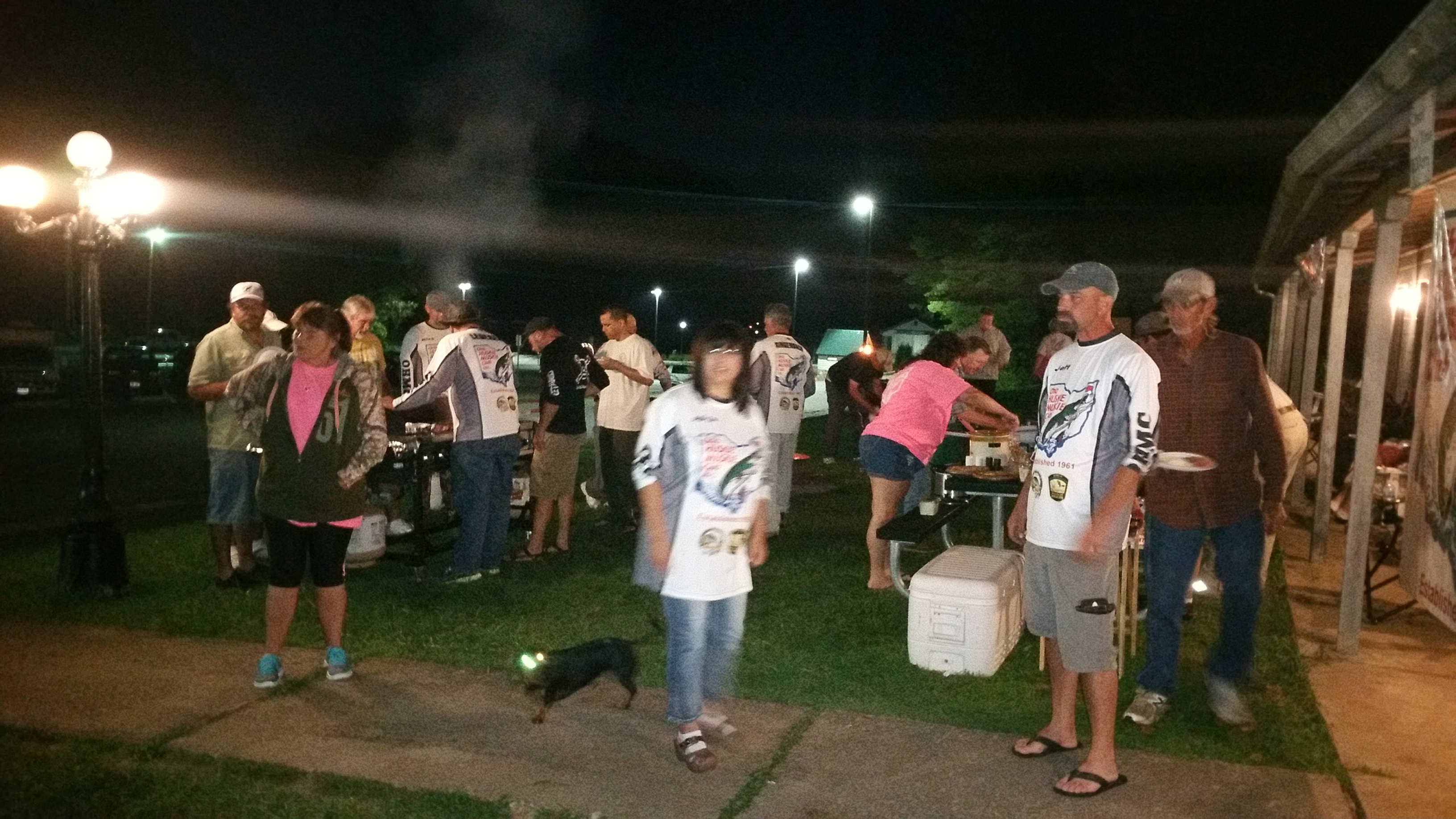 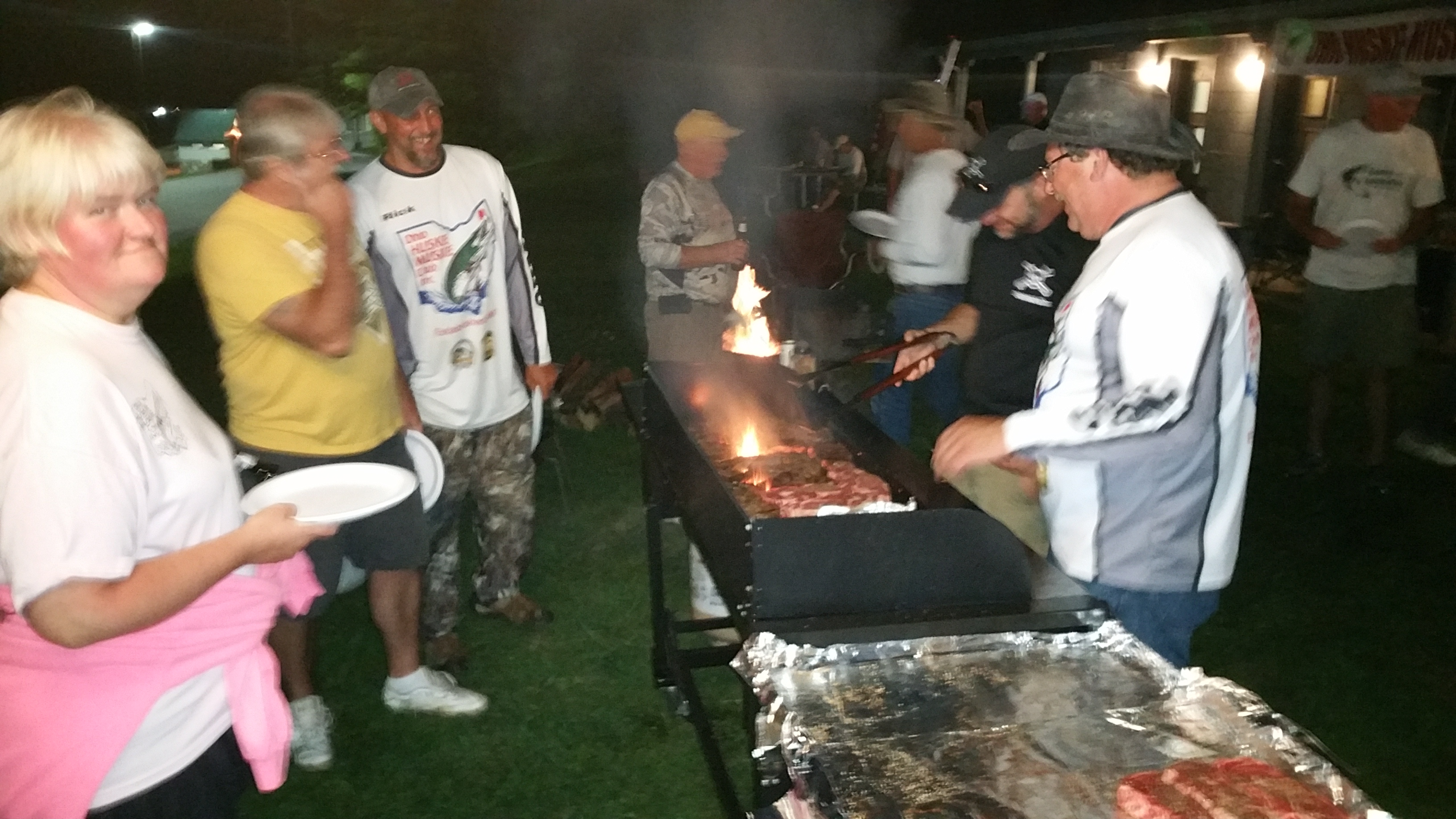