What is the only thing to do after May Madness……have a LungeFest at Leesville lake.   The Leesville LungeFest will be held on Saturday, June 11th from 7:00 am to 6:00 pm.  This is a one-day event where the longest muskie 30 inches or over by length wins the event.  All fish must be turned in no later than 6:30 pm at the launch ramp parking lot.  Registration will be from 6:00 am -7:00 am at the launch ramp south of the dam.  You can also register online at 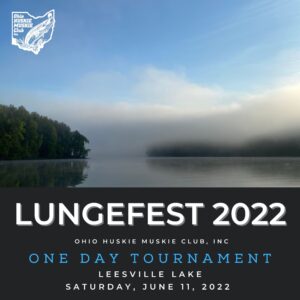 Well that was maddening.  We had 31 anglers sign up to fish Salt Fork Lake Saturday for our May Madness event, 18 in the Big Fish pool and 13 in the Total Points pool.  Fairly calm day started out with cloud cover and then partly cloudy sky with temperatures in the high 70s.  Shad were spawning on the shorelines and the muskies were close by, but seemed to have a case of lockjaw.  We had just 6 fish make it to the net, with a few others including a giant lost at the net.  We also had a 39″ shovel-head catfish make it to the net on Saturday by Bill Lambert and prefishing a 42″ giant on Friday from Derek Halas’ kayak.

The winner of the event with a 43.75″ muskie was David White.  David is on a roll since he also won the IceBreaker event at Piedmont.  The Big Fish pool of $90 was one by Kyle Jones with a 40″ fish, one of two muskies Kyle caught.  The Total Points pool was won by David White, which means David took home a pool prize of $273.  Second place in the Total Points pool worth $137 was won by Jason Hubert with a 32.5″ muskie.  Jason took third place at last year’s event.  Since no angler was able to capture 3rd place, the pool money of $45 was donated to the Minnow Fund.

Our next event is the Leesville LungeFest on Saturday June 11th, hope to see you there.

Here are pictures from the event 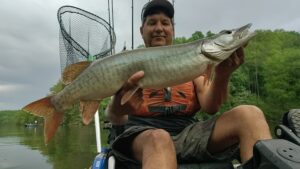 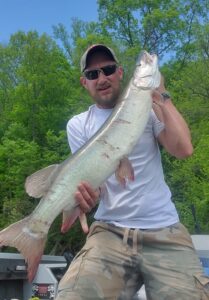 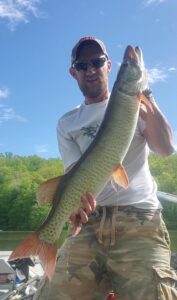 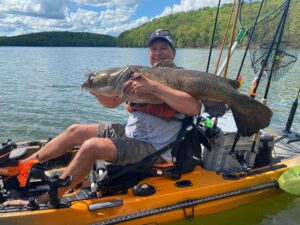 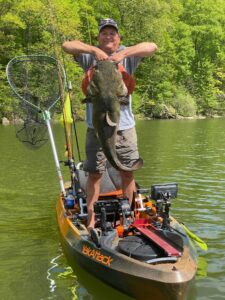 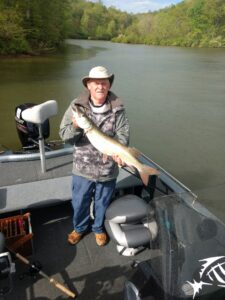 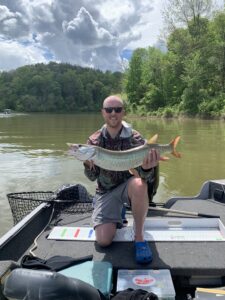 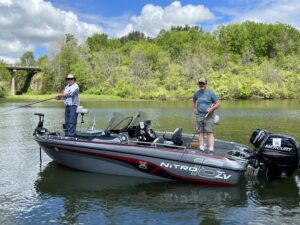 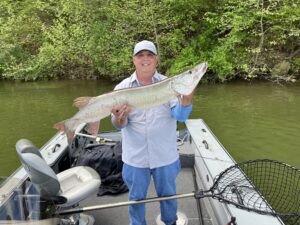