The 2017 OHMC Fall Outing was held on Saturday, September 30th and Sunday, October 1st.  The festivities started on Thursday as a few anglers showed up early to take advantage of the picture perfect weather.  The temperatures for the weekend never got above 75 degrees and did not dip below 45 degrees.  Mostly sunny skies and very light wind made for what most agreed to be the ideal conditions for camping and fishing.

By Friday evening the campground filled in and everyone greeted one-another with smiles, hugs, and handshakes.  The conversations were jovial and it seemed like we all were just glad to be there.  A few new faces were welcomed into the group.  As always, we made sure to greet new members and make them feel right at home with the club.  Club Treasurer John Ringenbach registered everyone in the campground on Friday evening as he continues his tireless service to the club from which we all benefit.

Early on Saturday morning as some anglers were just taking to the water, OHMC member Kyle Jones was enjoying the type of morning we all dream of having.  By 9:00 AM, he had put 3 huskies in his boat and done a good deed by assisting a nearby kayaker in landing a 46 inch fish which was that angler’s very first muskie.  I know it was an emotional day as it was the anniversary of the passing of a loved one.  I’m also sure that his loved ones would be incredibly proud of the good deed and talent put on display.  The bar had been set high for the event big fish award at 47.5”, but that would not withstand the Sunday charge that was coming.

As we filtered back to the campground Saturday evening to enjoy our steak fry, it was apparent that most of us were without that familiar slime on our nets.  So as usual, we drowned our sorrows in food.  The “roast” sized ribeye steaks were grilled to perfection by OHMC Past-President Fred Lederer and were thoroughly enjoyed by all.  We had plenty of side dishes and some amazing pie that a member brought for us to enjoy.  Surely, nobody was hungry at the conclusion of the meal.

Next, the raffle prizes were drawn by 2nd V.P Rick Simpson, Secretary Stephanie Neville, and Trustee Robert Neville.  The 50/50 in the amount of $106 was split between the club and Fred Lederer who had purchased the winning ticket.  Many baits and miscellaneous items were won during the general prize raffle and most who bought tickets left the event with a prize

Some of us went back out fishing in the darkness on Saturday evening while others opted for an early bedtime – early rise approach.  Phil Jarvis headed out Sunday morning with a bit of disheartenment, but that was about to change.  He had a bite window open up late in the morning for a little over an hour.  That window saw him land five (5) fish including a Personal Best 49” behemoth that was good enough to take the $90 big fish prize.

Many thanks to everyone that came out to the event and especially those that help conduct the outings.  I look forward to hopefully seeing many of you on the water this fall, the fishing shows this winter, and the banquet next spring. 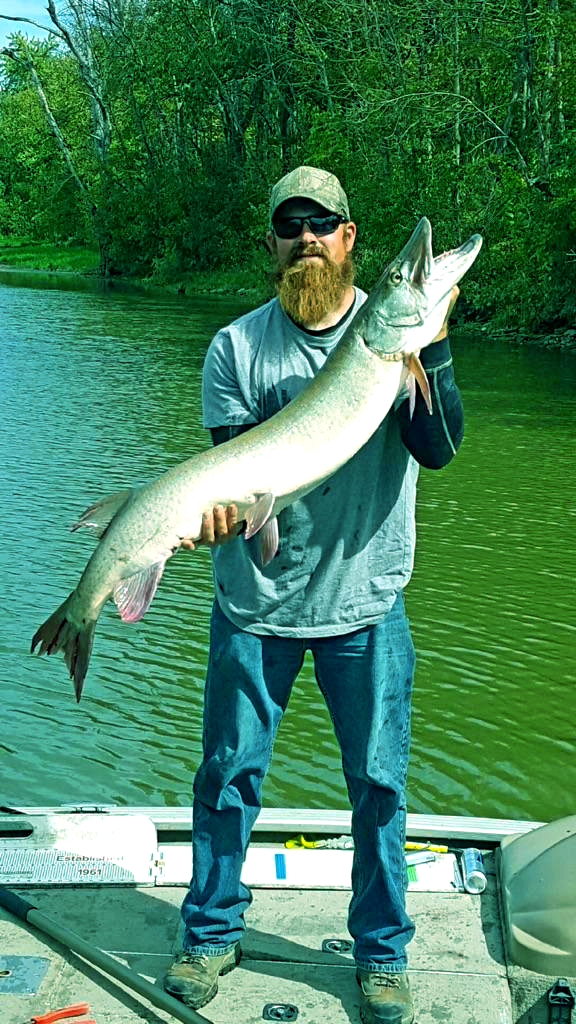 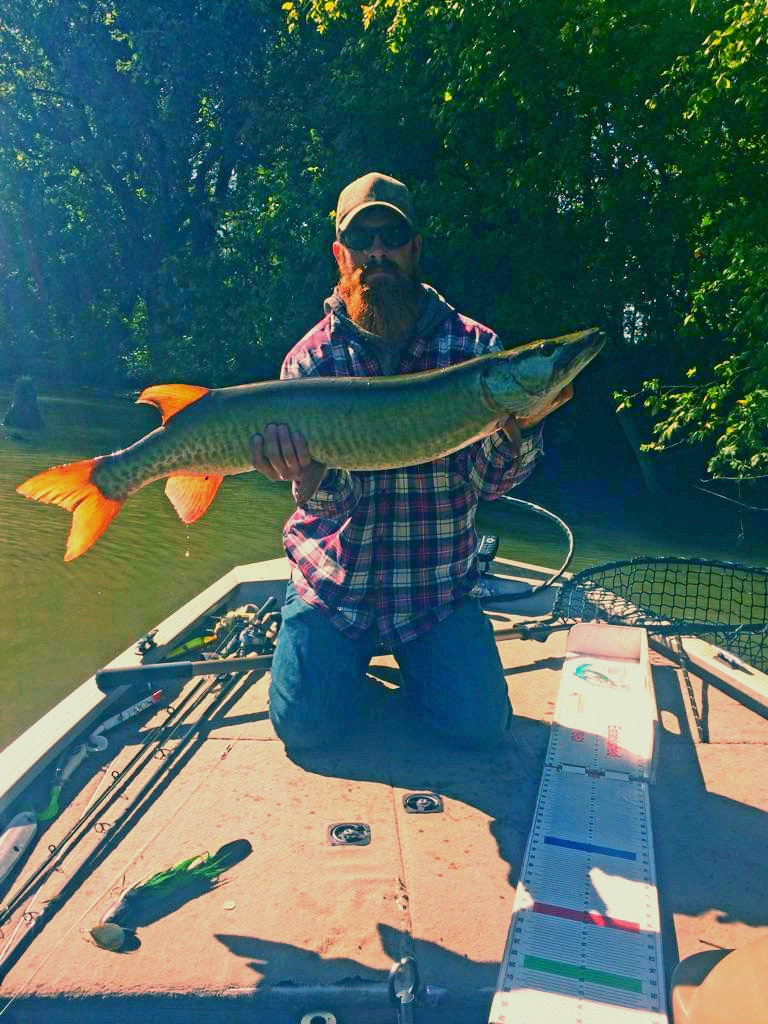 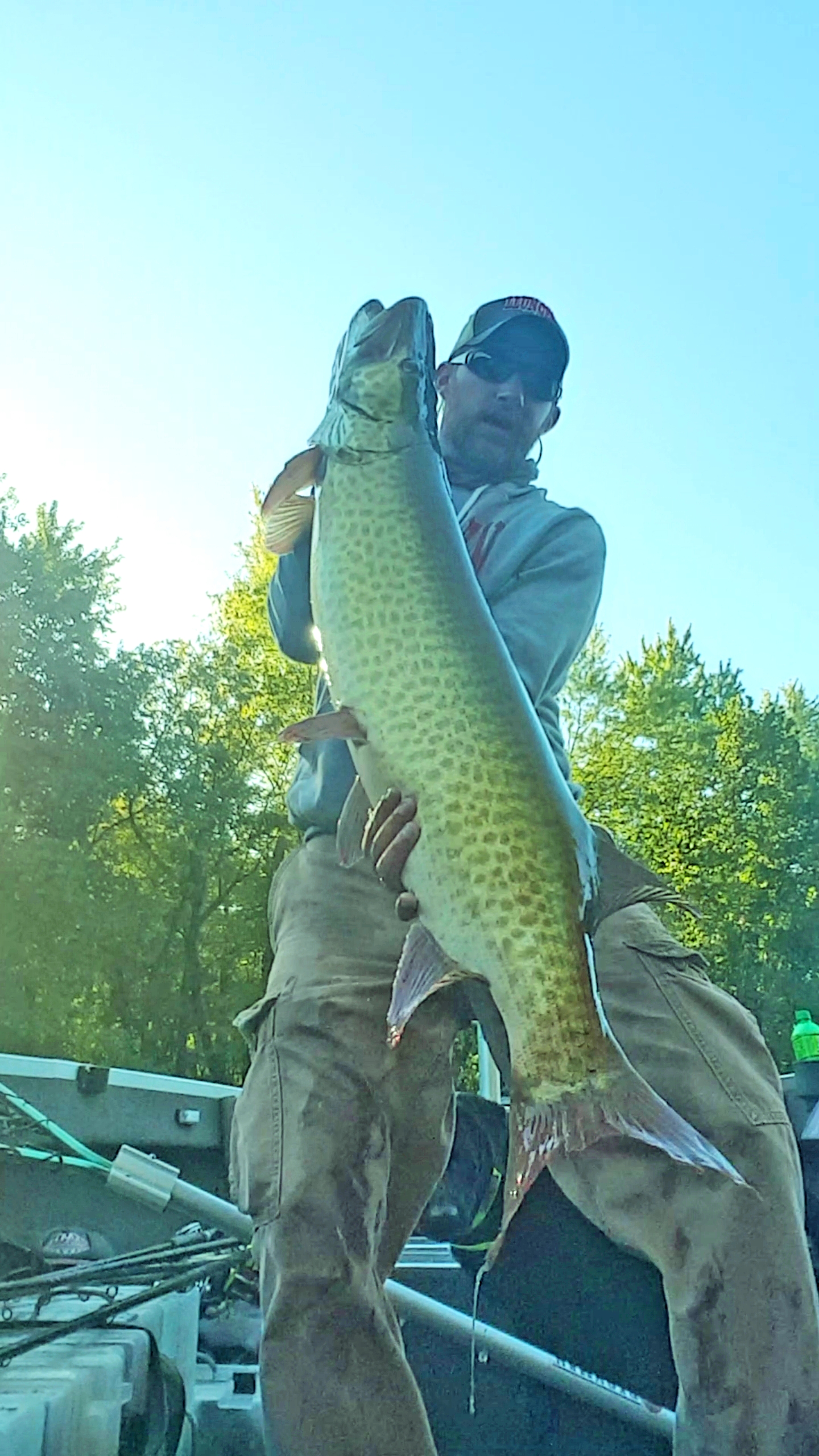 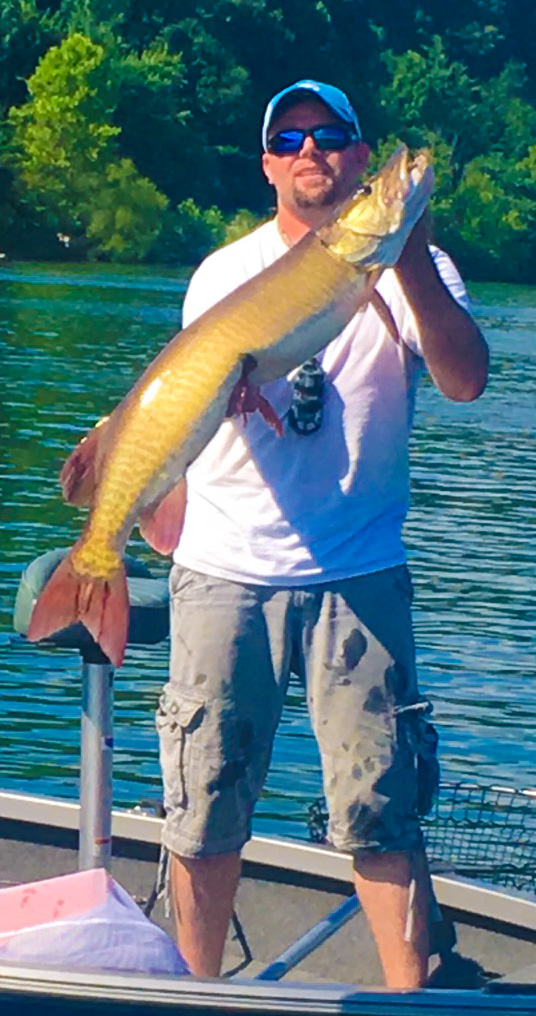 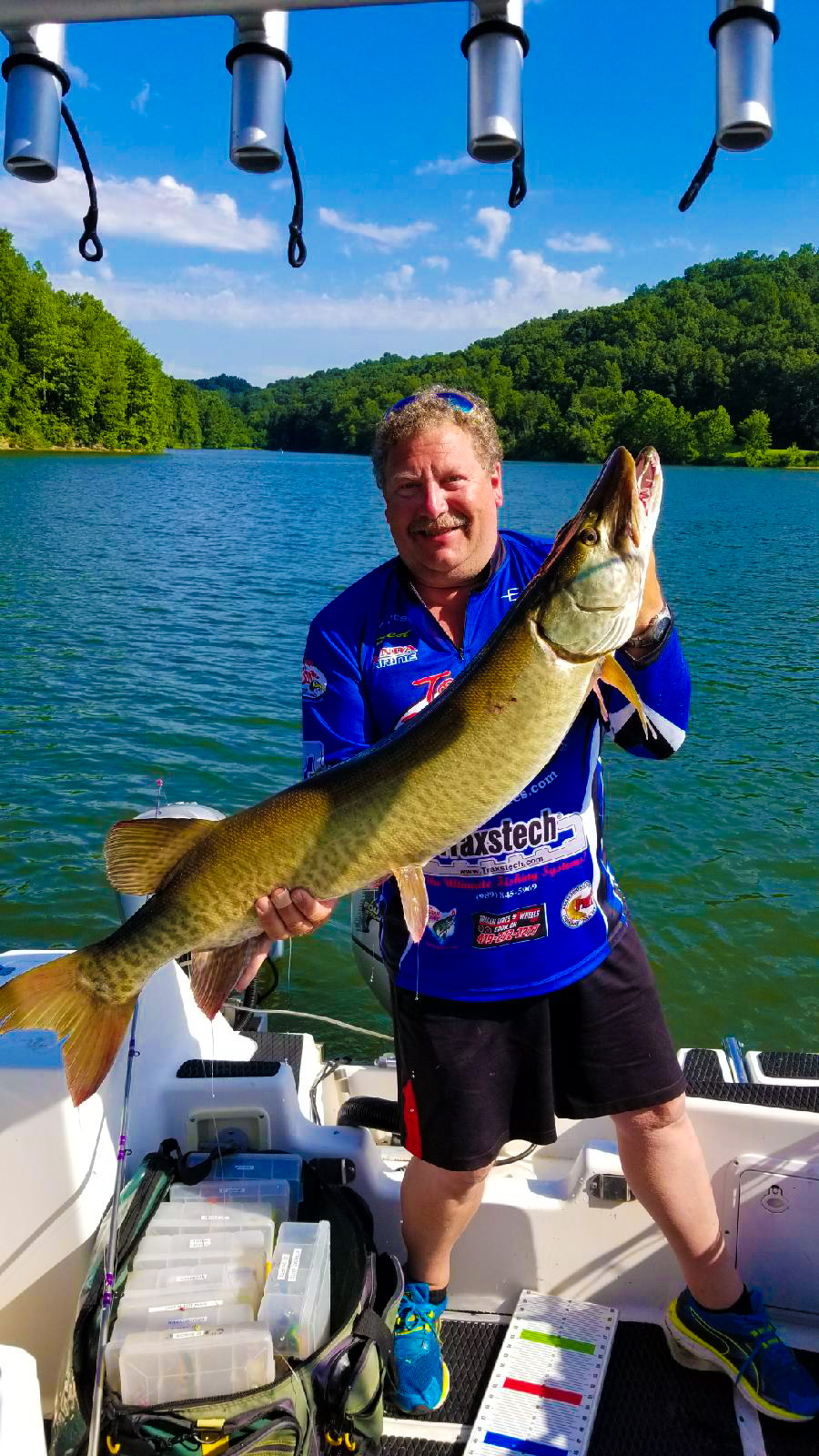 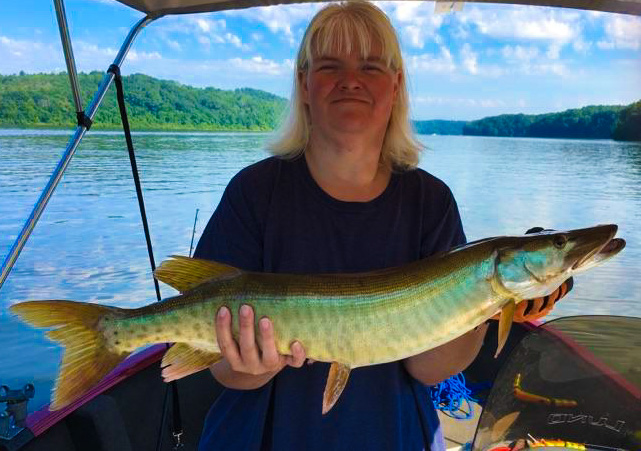 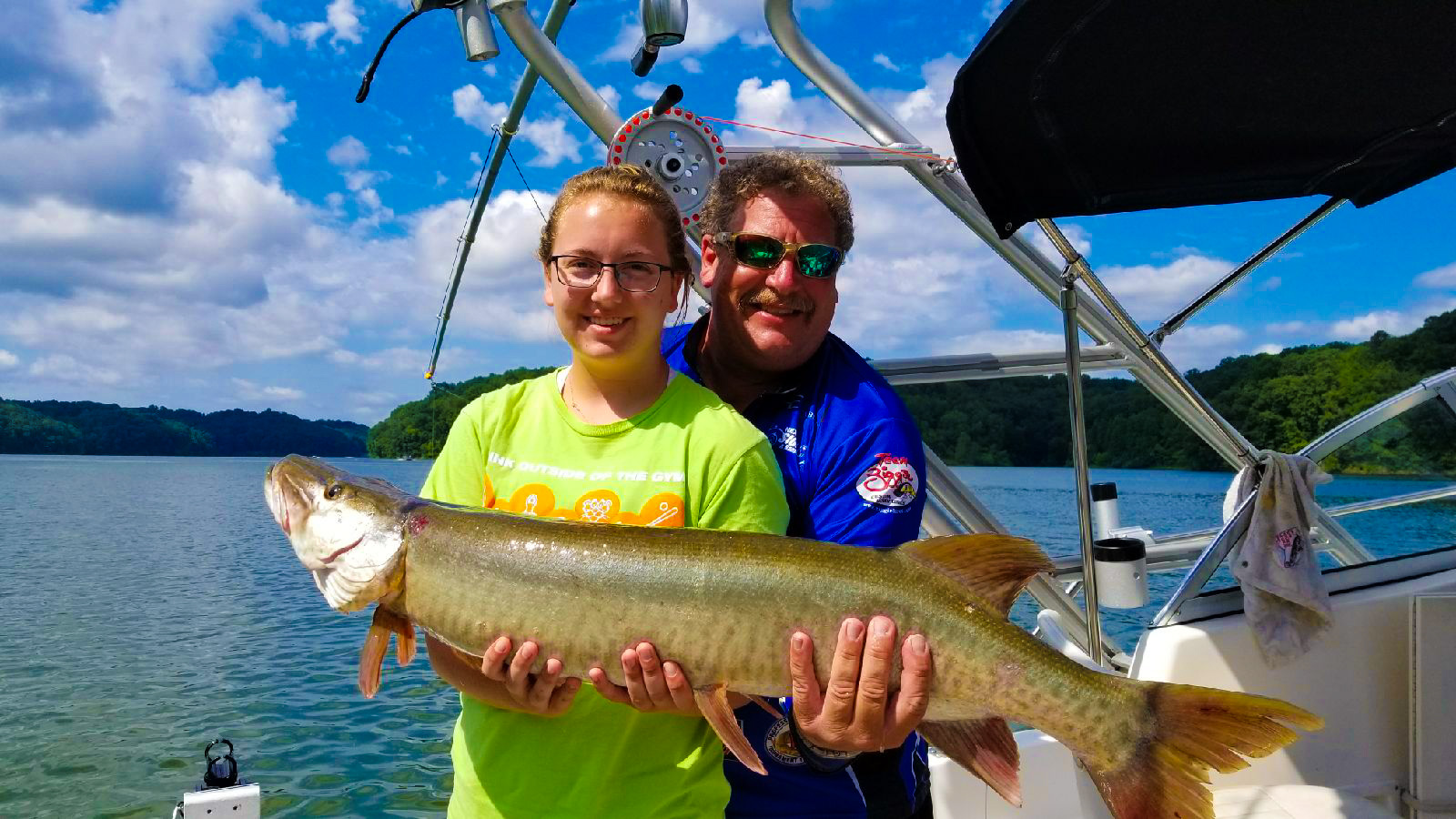 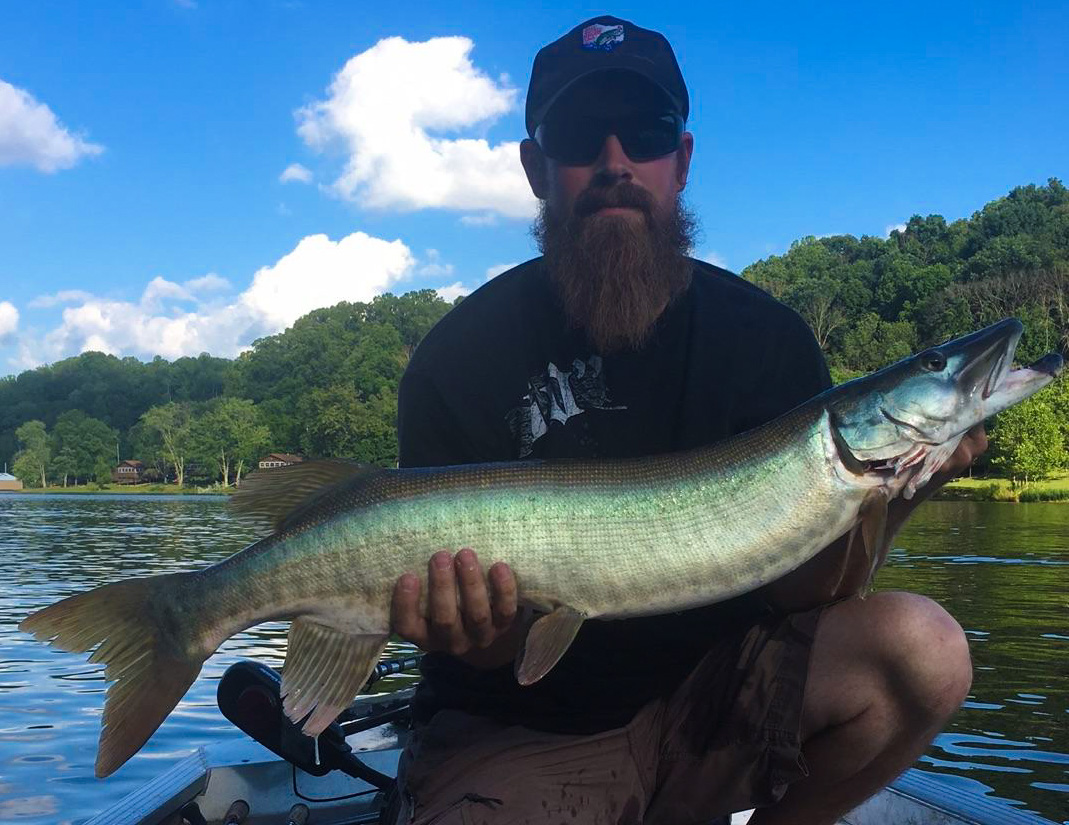 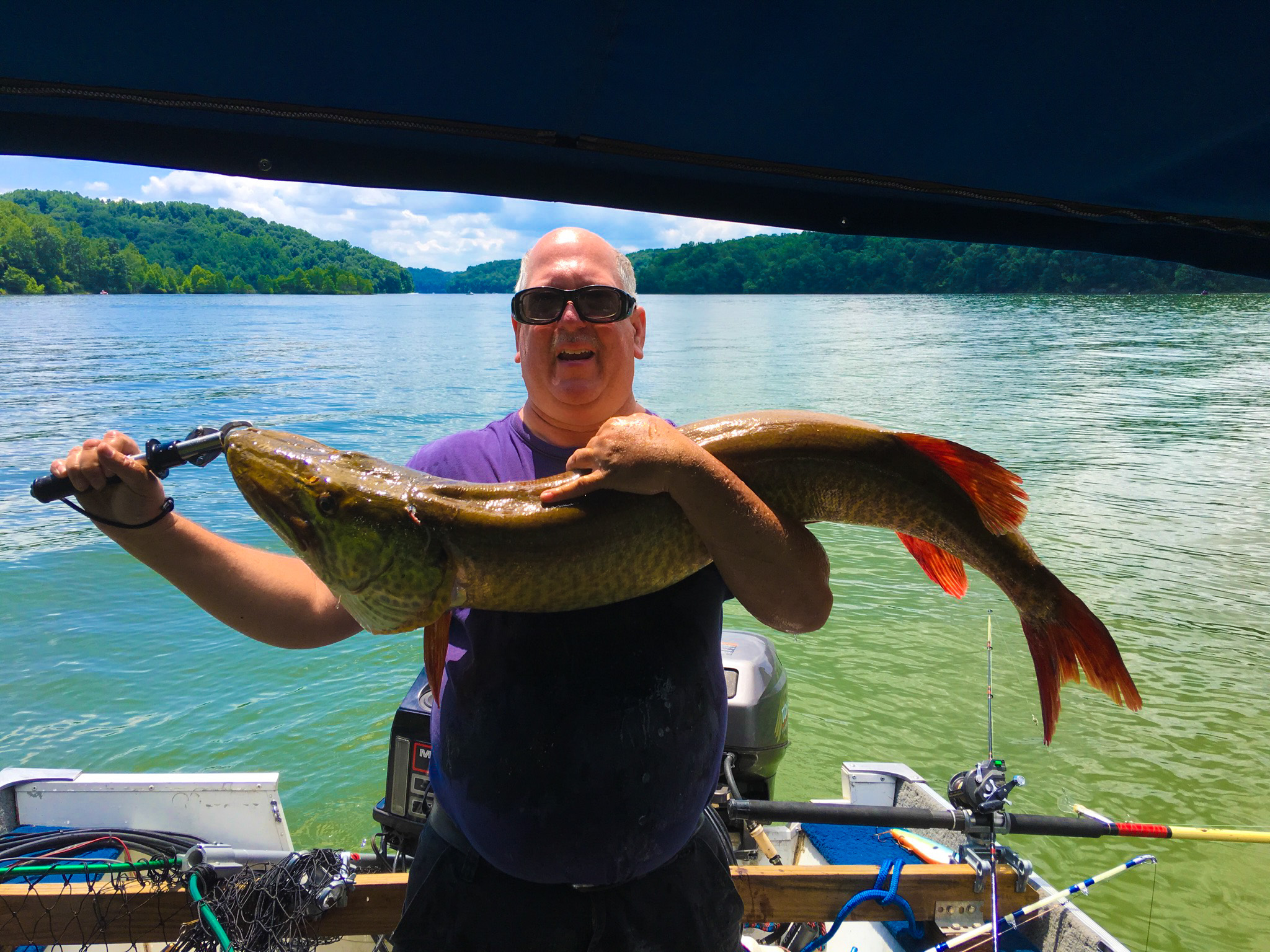 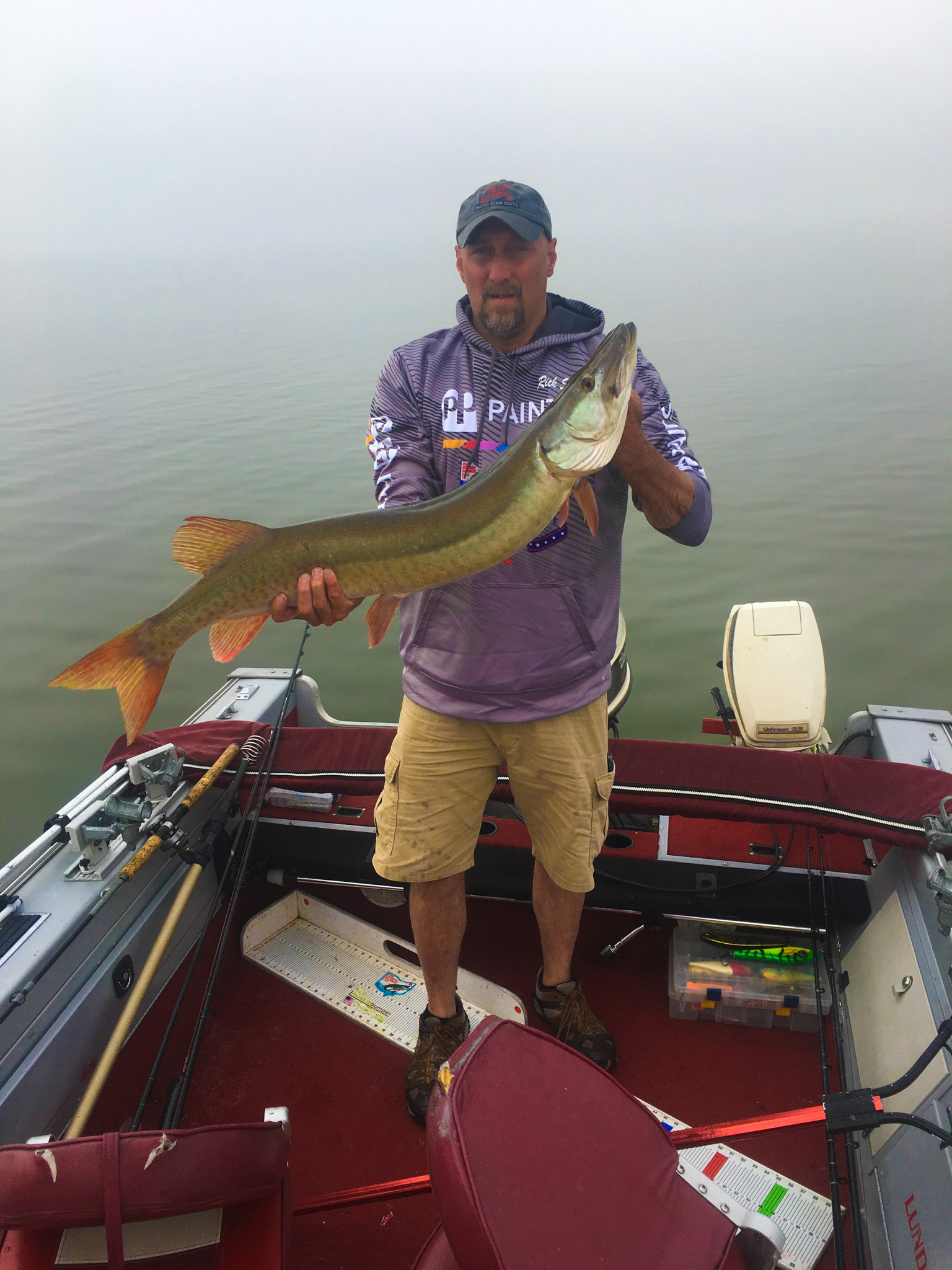 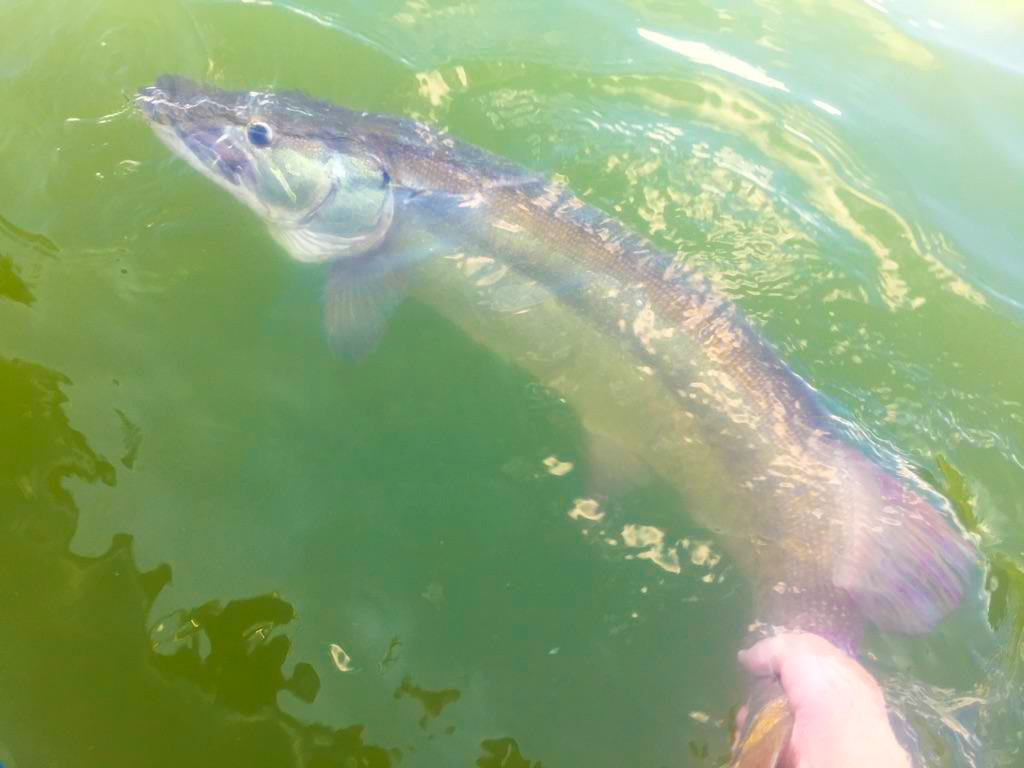 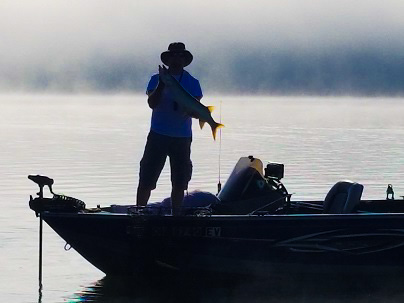 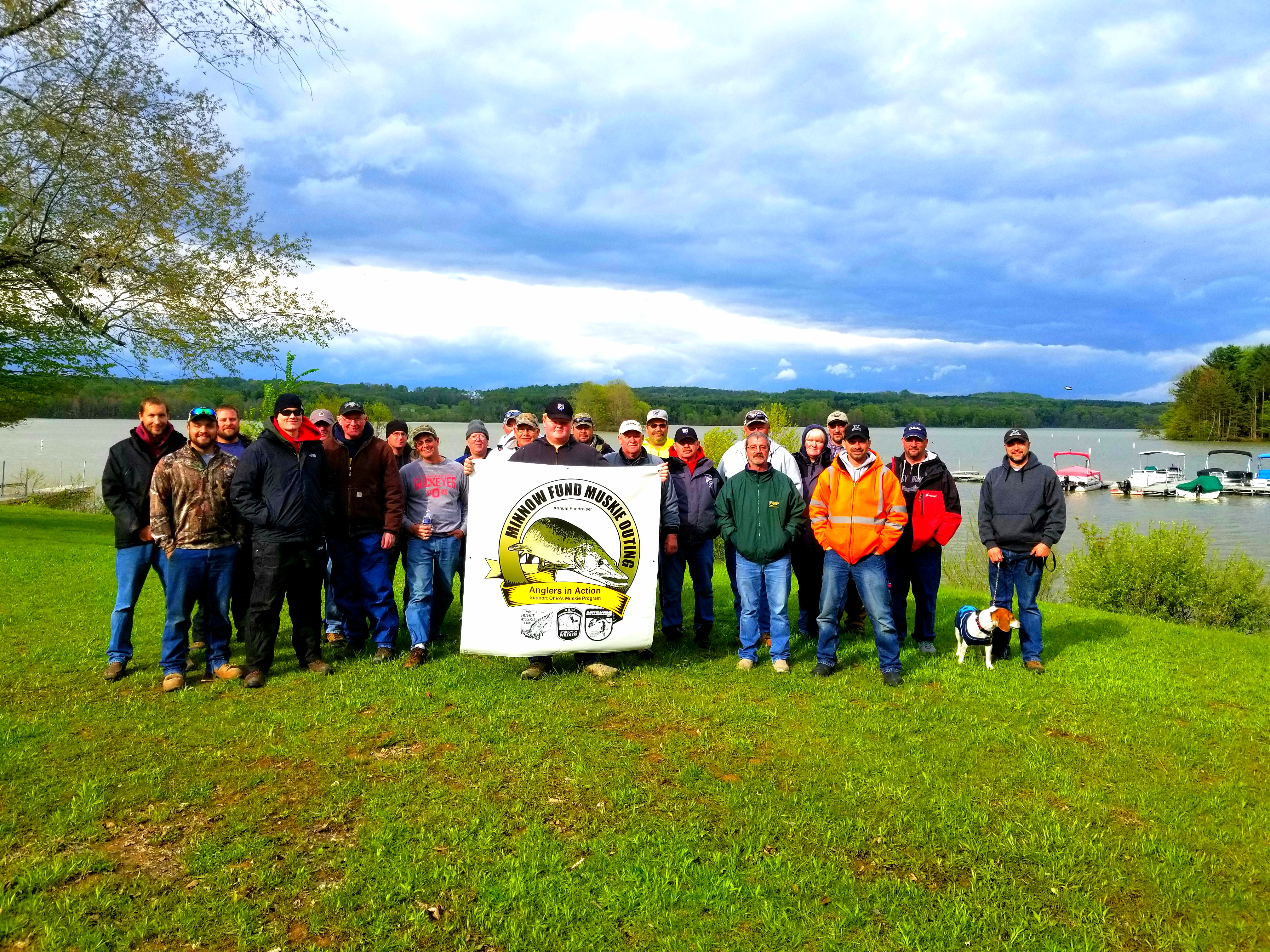 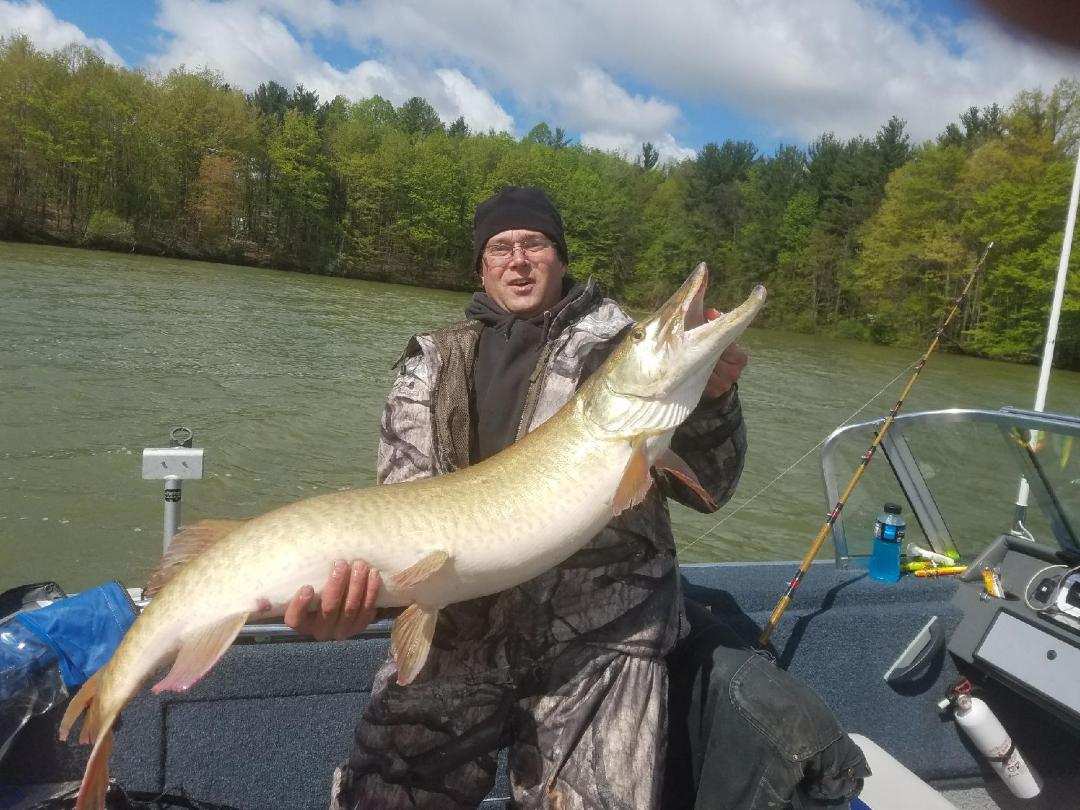 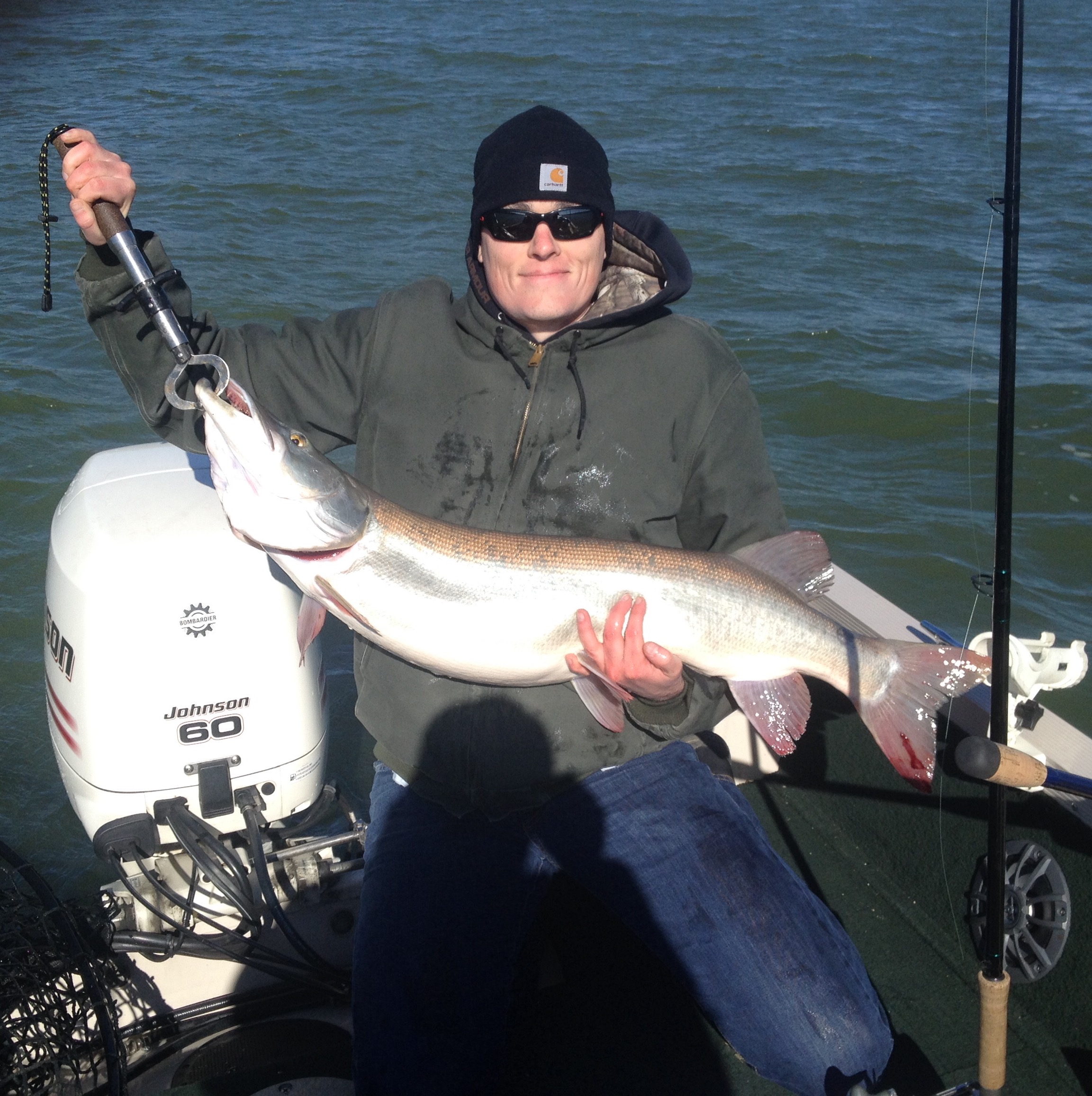 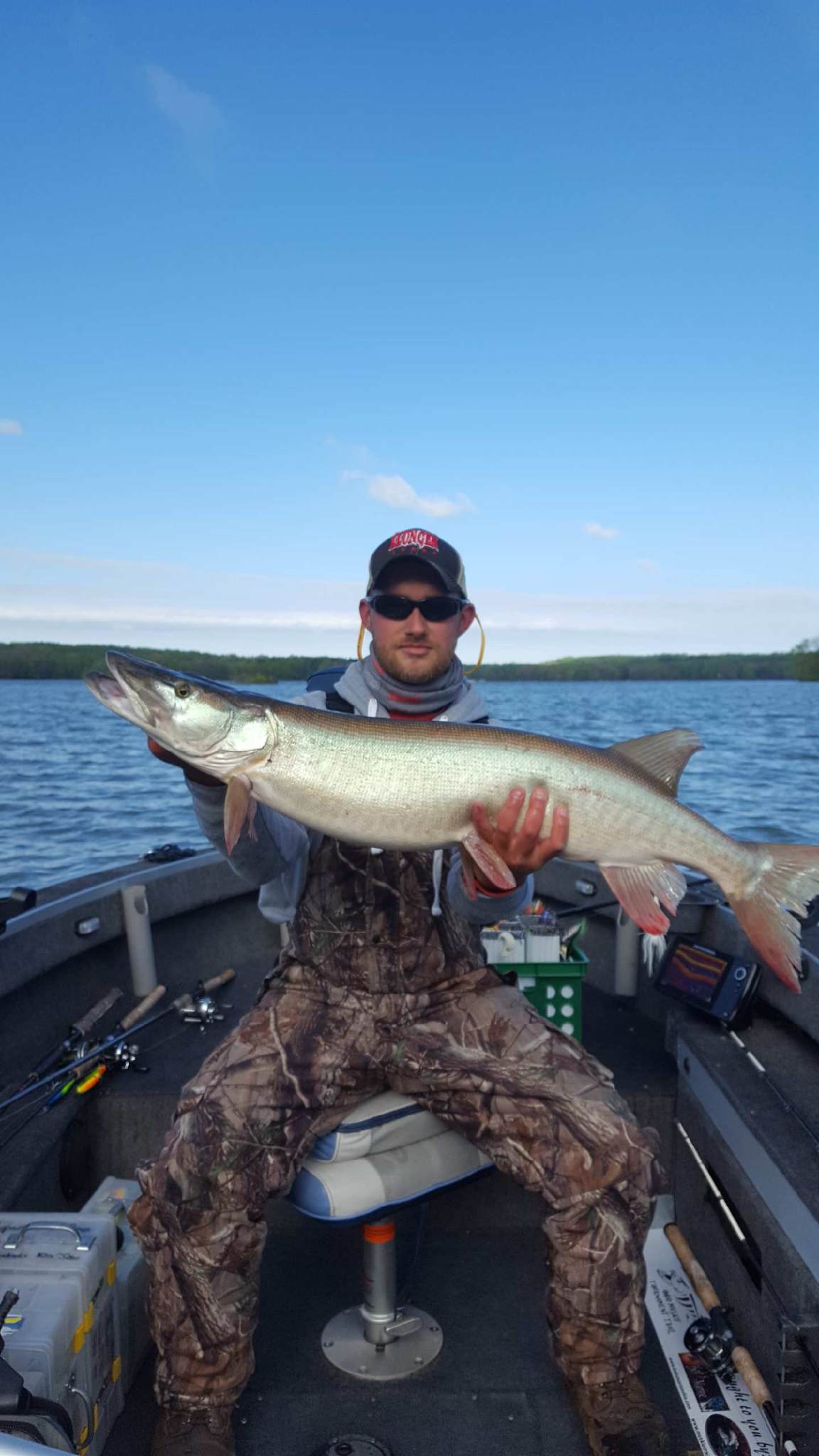 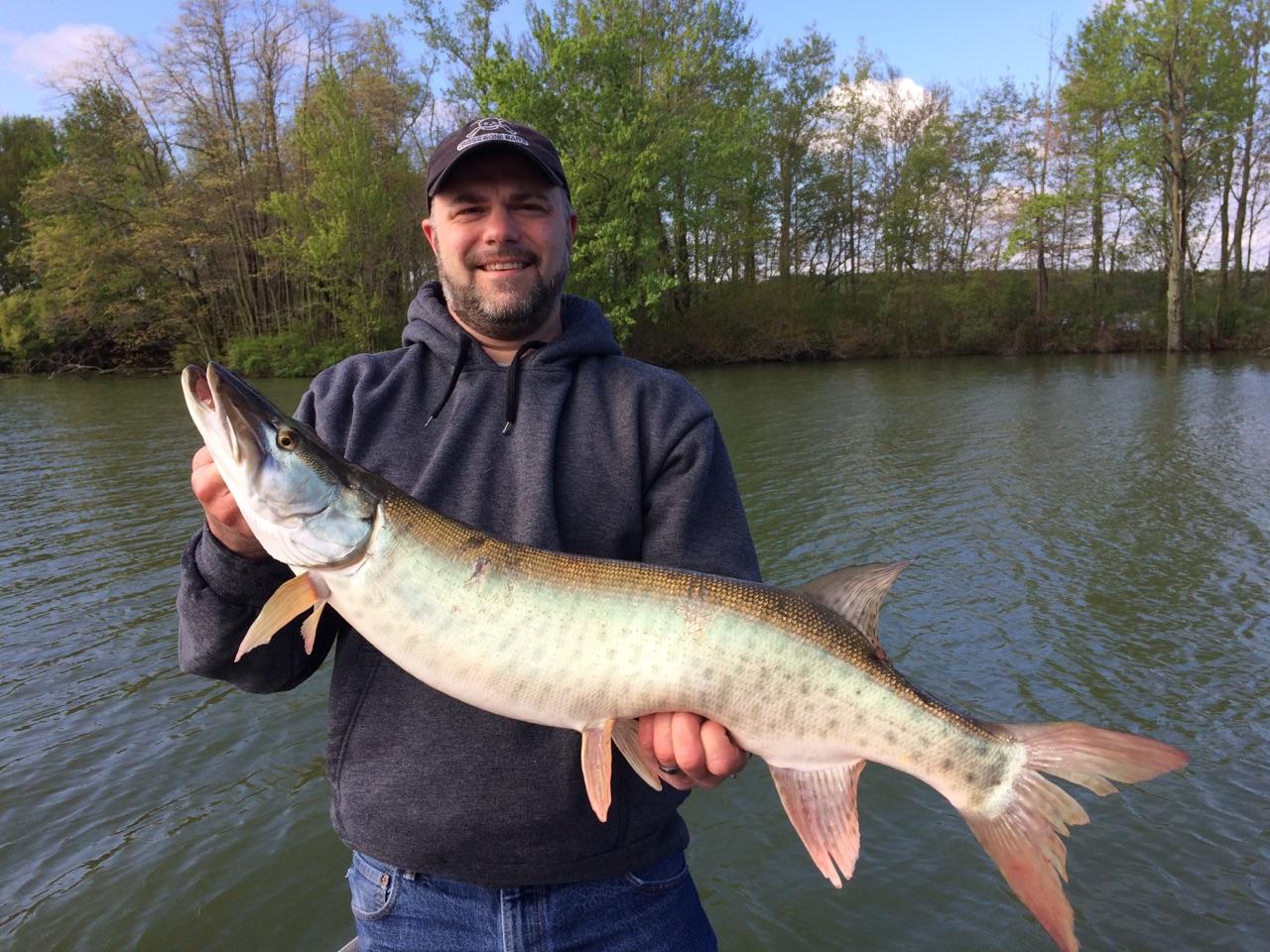 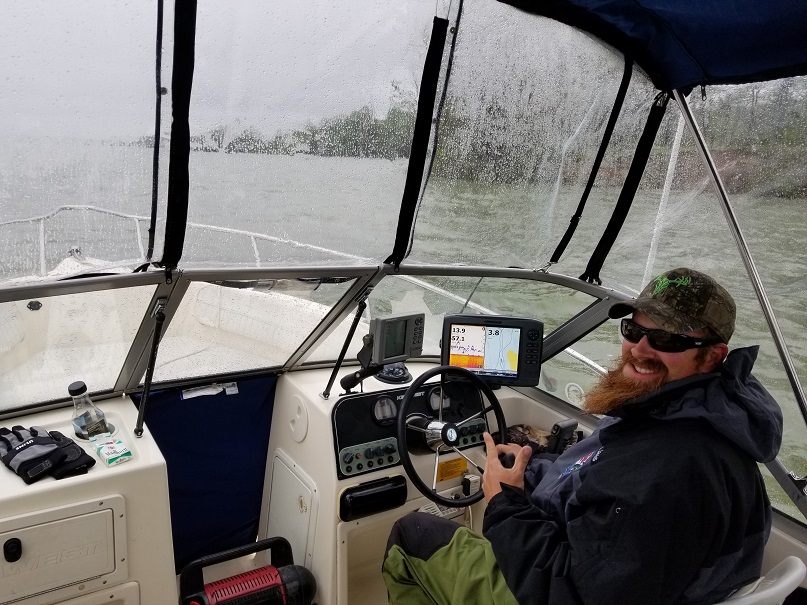 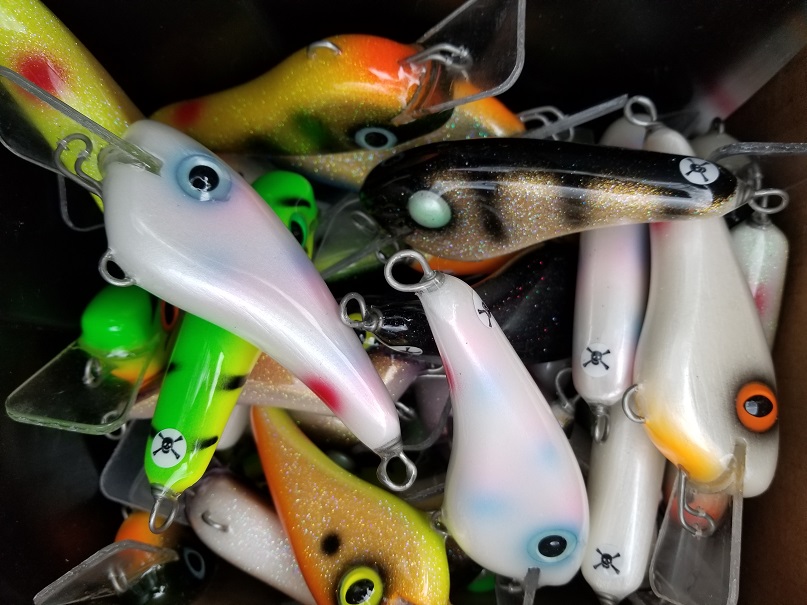