Wow….two tournaments in the books and two absolutely gorgeous days.  We had 41 anglers start out Saturday with 40 degree temperatures which quickly climbed to 70 degrees with calm breezes and sunny skies.  The shad were set up near the shores early in about 8 to 12 feet of water but as the shallow waters warmed up, they made a movement closer to shore.  Yet, some of the bigger fish were set up on deep structure, starting to eat but also recovering from the spawn.  So what ever pattern you wanted to work, it was probably there.  The deep water fish proved most elusive, with many follows and a couple of large ones lost.  The near shore bite proved the most productive for casters and folks trolling.

The overall event winner with the longest fish was Phil Jarvis, putting a 41 inch fish in the net.  We had two side pools for May Madness, our normal Big Fish pool with a $5 contribution which 14 anglers choose and a Total Points pool with a $35 contribution which 27 anglers selected.  The folks in the Big Fish pool only managed a 28″ muskie by Kevin Proffitt which didn’t qualify for the big fish so the $70 in the pool was donated to the Minnow Fund.

Here are the other anglers who caught fish and some great pictures. 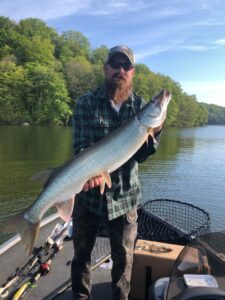 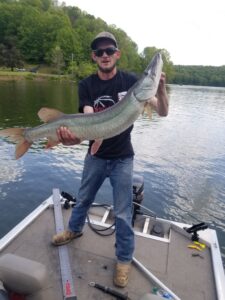 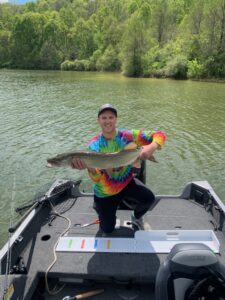 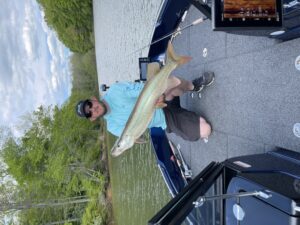 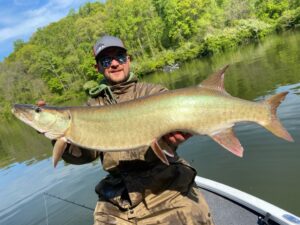